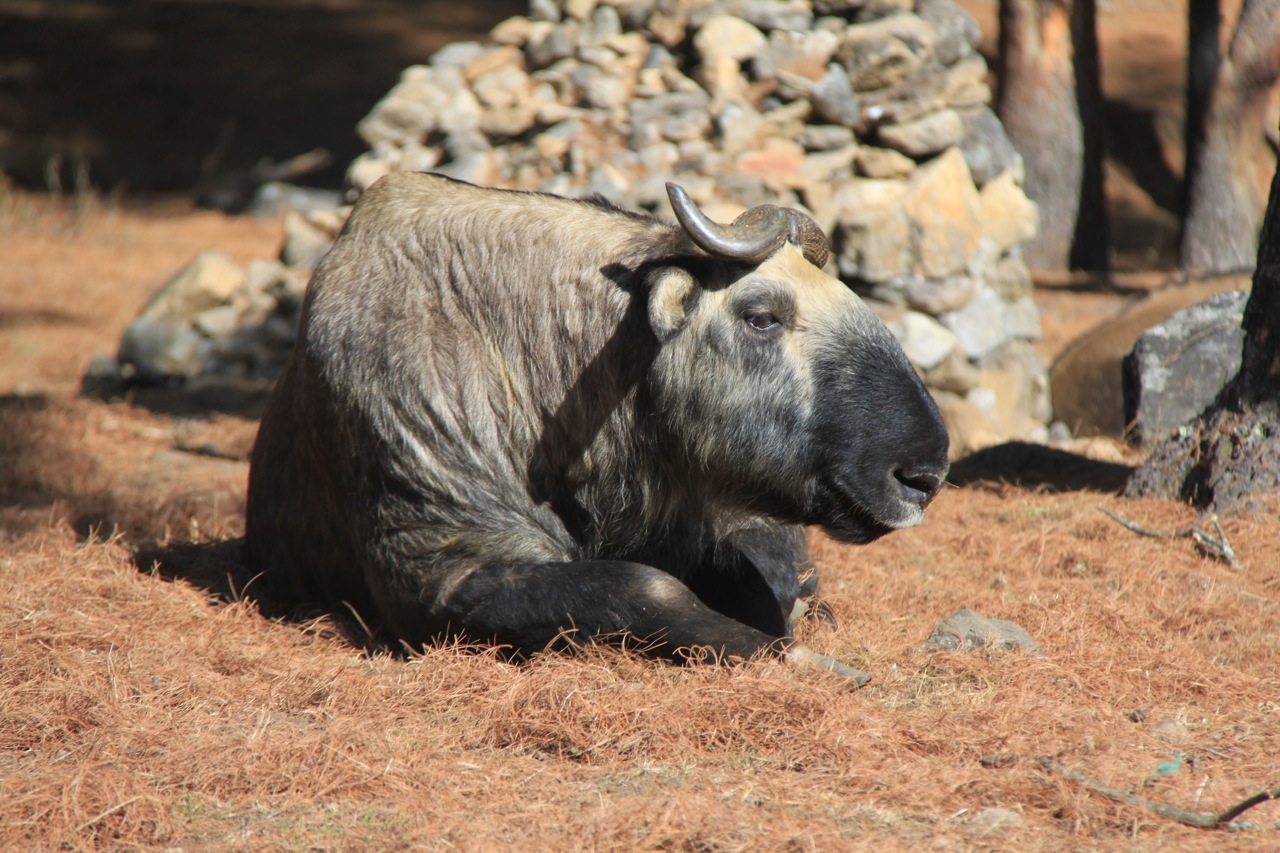 Legend has it that the Takin, Buthan’s official animal, was created by a famous holy man, Lam Drukpa Kunley, more commonly known as the Divine Madman, from a combination of the head of a goat and the body of a cow. Looking at one lying in the sunshine at the national rescue centre in the densely wooded forests outside the capital Thimphu you could throw in a touch of gnu, musk-ox and maybe wildebeest to come up with the contented creature. Whatever the combination, he (or she) is unique and quite intriguing.

After years in captivity last century the King decreed that they should be freed captivity not fitting with the Bhutanese ideals for co-habiting with animals. Unfortunately no-one conveyed the spirit of the action to the Takin which took to roaming the streets of Thimphu, presumably looking for their daily allocation of food. Soon, they were reintroduced back into captivity into what is now an expanded area, popular with locals and tourists. The Takin does live in the wild both in Bhutan and parts of China although increased logging and several natural predators make its situation officially “vulnerable”. 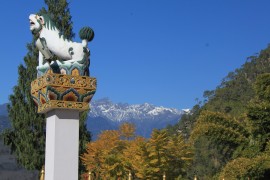 Into the valley of beauty and contentment
Is this the most beautiful monastery in the world? 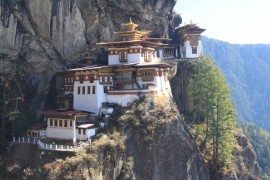