Don Watson’s The Bush: Travels in the Heart of Australia has taken out the overall Book of the Year award in the Australian  New South Wales Premier’s Awards announced tonight as part of the Sydney Writers Festival. Watson who was a speechwriter for the former Prime Minister, Paul Keating, also won the prize for non-fiction. Other winners were Mark Henshaw whose The Snow Kimono won the fiction prize and David Malouf who won the prize for poetry with Earth Hour.

Playwright David Williamson received a special award recognising him as Australia’s “greatest playwright with a prodigious output of more than 40 plays that have shaped how we view ourselves”. He announced he would donate his $10,000 prize to the Sydney’s Ensemble Theatre. 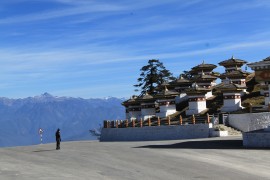