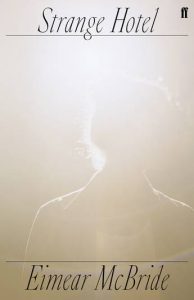 In Irish novelist Eimear McBride’s much awaited new novel, Strange Hotel, a woman, not young or old, has checked into a hotel in Avignon, France. It is as nondescript as the others on her carefully curated list of cities around the world where she has stayed previously, or is to stay in the future, several during the course of the book. There is alcohol. There is casual sex, enjoyable, even exciting. But once concluded, she immediately moves on. An offer of breakfast gets short shrift.

Why is she there? The reader never really finds out. Her views of the anonymous, painstakingly critiqued hotel bedrooms and each subsequent encounter are similar, analysed, labelled success or failure, then discarded. Time is fluid, both fleeting and dawdling. And she has trained her brain to become expert at compartmentalising events and emotions, to see the same experience from different perspectives.

There are moments of sudden clarity. A thread. There is a man she loved, older than her, who is no longer. And a child.  His solitary son: “The person from whom she has most tried to run, and to never run.” The thought seems an unwelcome departure from the emotional distancing she has been depending on.  Instead, a moment of palpable sadness and regret.

Over the years, she has trained her brain to become expert at compartmentalising events and emotions so she can see things differently at the same time. And unlike the more overt language of McBride’s earlier books, here there is a deeply interior narrative, a conversation not so much with us, but herself, devolving into debate, questioning, chastising. A linguistic double helix that sometimes tests the fortitude of the reader.

In a review of McBride’s debut novel, A Girl is a Half-formed Thing,  award-winning author Anne Enright wrote: “Eimear McBride is that old fashioned thing, a genius, in that she writes truth-spilling, uncompromising and brilliant prose that can be, on occasion, quite hard to read.” In Strange Hotel nothing really has changed.

Strange Hotel is published by Faber & Faber.  A Girl is a Half-formed Thing, published in 2013, took out out many of the major awards including the Baileys Women’s Prize and was named Irish Novel of the Year. Her follow up, The Lesser Bohemians, won the 2017 James Tait Black Memorial Prize and was shortlisted for a swathe of others. In a poll of 200 critics carried out by the Times Literary Supplement, McBride was named one of the ten best British and Irish novelists. 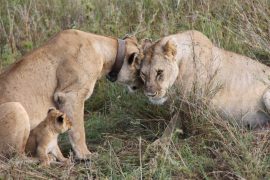