The 13 books to make the 2014 Man Booker prize long list have just been announced. They are:

To Rise Again at a Decent Hour by Joshua Ferris Viking).

The Narrow Road to the Deep North by Richard Flanagan (Chatto & Windus).

We are All Completely Beside Ourselves by Karen Joy Fowler  (Serpent’s Tail).

The Wake by Paul Kingsnorth (Unbound).

The Lives of Others by Neel Mukherjee (Chatto & Windus).

Us by David Nicholls (Hodder & Stoughton).

How to Be Both by Ali Smith (Hamish Hamilton.

History of the Rain by Niall Williams (Bloomsbury).

For the first time all authors writing in english were eligible. The shortlist will be announced on Tuesday September 9. 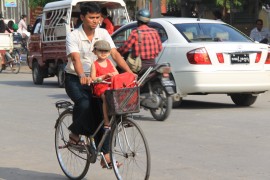