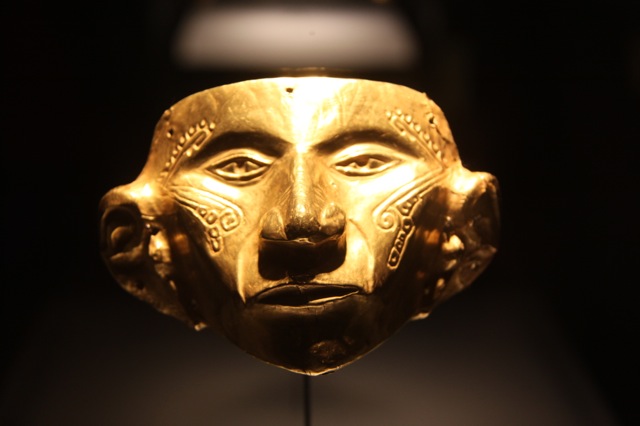 The golden face, its piercing eyes commanding your attention with unsettling power, 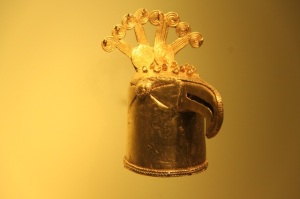 seems to float in the subdued lighting, an exquisite symbol of mystery and mysticism created by master craftsmen more than two thousand years ago. It alone would be worth the visit to the Museo del Ora in Bogota, Colombia. But it is just one of thousands of priceless items on show, and that is only a small part of an unrivalled collection of 35,000 items of gold Pre-Hispanic treasures. There are also about 20,000 beautiful and pottery, wood, shell and textile artefacts including some wonderfully evocative pottery figures. 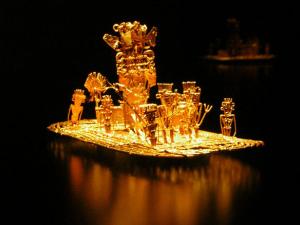 The series of artfully lit glass displays reveal a wonder of masks and figurines, ornate breast plates, jewellery and ornaments, strange creatures that are half man-half beast, tiny impish figures, carved ceremonial containers, playful representations of animals like the jaguar and the eagle. Probably the most famous and precious exhibit is the Balsa Muisca an unbelievably detailed miniature model of a raft being used as part of the initiation ceremony linked to the El Dorado legend, where a new Muisca 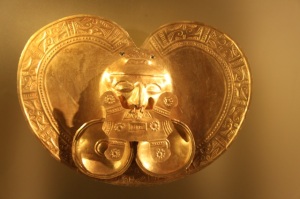 chief was covered in gold dust and dived into a lake. Only discovered in 1969, even without the historical context, it is a work of extraordinary artistic expression and creativity.

The museum is housed in the Banco de la Republica (appropriately enough considering the value of the exhibits). It was renovated in 2008 and has been logically laid out in themed rooms that weave together the story of Colombia and the lives of its 13 distinctive societies, like the Calima and the Tumaco from the south-western part of the country and the local Muisca, up to the arrival of the Spanish in the 15th Century.

Together they chronicle every aspect of the their civilisations from why gold was so important and how the artisans created their masterpieces to the huge power of myths, symbols and the shamans. The rooms can be taken in any order (which makes life a bit simpler when it is crowded) and the display cabinets have signage in both English and Spanish. In the end, we had allowed far too little time to fully appreciate the depth and the complexity of the past 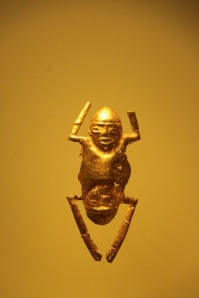 worlds that unfold through the exhibits. Still, there’s always a next time. By any measure, the Museo del Oro is one of the most stunning and informative museums in the world. It’s definitely a must-see. 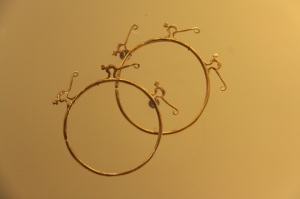 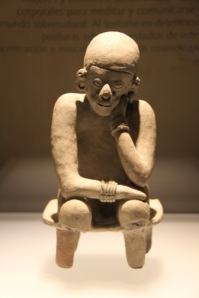 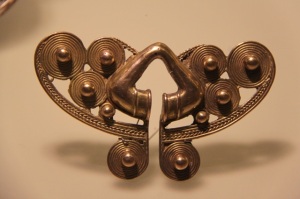 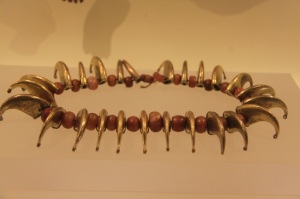 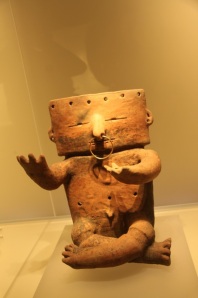 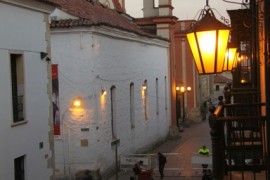