The premise of Ned Kelly’s son fighting at Gallipoli, being rescued from the carnage by a Turkish youth whose life he had saved, and eventually being absorbed into the complicated community of a small remote Turkish village was always going to have its dangers. Few get to muck around with Australia’s iconic bushranger hero and escape uninjured. But Jenny Ackland’s The Secret Son, is so sparklingly imaginative, accomplished and moving that anything seems possible At its heart, The Secret Son is about love, memory and belonging with  counter-balancing themes of betrayal, revenge and the isolation of the outsider. Ackland deftly (and for the most part seamlessly) moves the reader between Australia and Turkey and between the modern day and the turn of the century, slowly pulling together strands of the inter-related lives like the colourful rugs the village women weave eventually revealing a whole glorious picture.

The catalyst is Cem, a young Melbourne student who, despite his grandfather’s dire warnings, is relentlessly drawn to the little village that his parents and the old man had left decades before to set up home in Australia. On the way, there is a chance meeting with an ailing Australian historian, whose life has gradually fallen apart under his obsession with connection between two of Australia’s enduring obsessions: Ned Kelly and Gallipoli. Linking the past and the present, the truth and the myth, is the ageing Berna, Frank Kelly’s daughter. It is she who is determined to finally reveal to everyone the real story about the hidden debt, the web of lies and deceit, and the power of the wishing tree.

The Secret Son is so accomplished and moving that it is hard to believe it is Ackland’s debut novel. There is an clarity and inventiveness about the narrative that makes Kelly-Gallipoli link utterly believable. And a lusciousness about the descriptions that has you smelling wild herbs on the wind and tasting the sweetness of honey on your tongue.

The Secret Son by Jenny Ackland is published by Allen & Unwin. 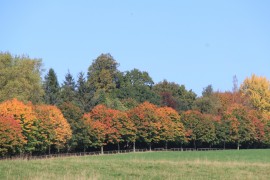 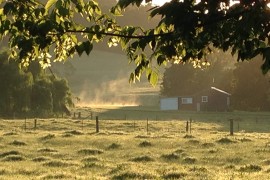