Growing up in Prague, young Hana Lederová’s world had been carefree. The only child of doting parents her father’s job as a dentist afforded the family a comfortable life. And Hana, smart, witty and attractive, easily made friends and enjoyed her life. Then in 1939, everything changed. After Germany’s invasion and ceding of the Sudeten region of Czechoslovakia in 1938 had been met with nothing more from the world than British Prime Minister Chamberlain’s appeasement policy, Hitler’s tanks rolled on Prague.

Quickly, like all the Jews in the city, Hana loses the parts of her life that he had taken for granted: school, university, libraries, movie theatres, newspapers, radios, decent food. And, her home. She and her parents are served with travel notices sending them to the historic fortress town, about 70kms from Prague, that had been renamed, Theresienstadt; a Jewish ghetto where there is no life, just survival. But bad as the conditions are, everyone knows that to be moved means the camps, and certain death.

Karel is a Czech gendarme, charged with keeping order and implementing the Nazi policies in the ghetto. Caught in an unhappy marriage to a woman deeply troubled by her past, he becomes besotted with Hana. And she, after initially rejecting his approaches, believes he is her best chance of staying safe. But she is wrong.

That is the framework of Suzanne Leal’s new novel The Deceptions. But from the first page she weaves around it a broad, intricate, gripping story, seamlessly moving the reader back and forth from war-torn Europe to 2010 Sydney. Against the backdrop of brutality and hatred on an unbelievable scale, she reveals intimate stories of enduring love, of the superhuman power of friendship, of jealousy and betrayal, of secrets and misunderstandings. Of the

The Deceptions by Suzanne Leal is published by Allen&Unwin. She has previously published The Teacher’s Secret and Border Street. The catalyst for The Deceptions was an incident described to her by Holocaust survivor Fred Perger whose memoires also formed the basis for Border Street. Leal is a lawyer and former member of the Refugee Review Tribunal and was senior judge for NSW Premier’s Literary Awards from 2017 to 2019. 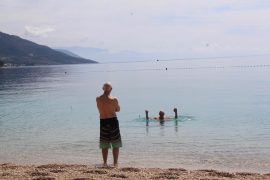 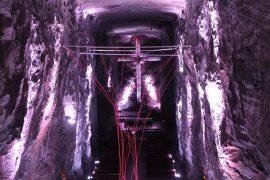