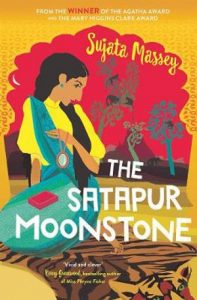 It is 1922 and Perveen Mistry, the first lady lawyer in Bombay, is hired by The Kolhapur Agency, which manages, on behalf of the Colonial British government in India, the princely states in the western region. She is to travel to the kingdom of Satapur, about 300 miles away, as the Agency’s official legal investigator, and settle an internal dispute about the future education of the new 10-year-old maharajah, Jiva Rao. Because the dispute is between the maharajah’s mother and his grandmother, Perveen will provide the Agency with a unique opportunity to negotiate directly with them even though they are in purdah.

But Perveen soon discovers this is not simply a battle of wills, it may be a matter of life and death for the young maharajah. His father had died two years previously of cholera and the original successor to the title, Jiva Rao’s older brother, was recently killed in a purported hunting accident. His mother is convinced that his death was not an accident and that the palace is cursed. She wants to send her son to England, not only to receive a “proper” education but also to get him out of harm’s way. The boy’s grandmother and his uncle, the state’s prime minister, want him to remain at the palace and will do anything to prevent it.

From the moment she steps off the black steam engine train at Khandala Station Perveen is clearly going to have to adjust to the moment. Her transport turns out to be not a carriage but the postal cart where she is “treated like luggage rather than a lady”. And the agent is a bachelor, with whom she finds herself shockingly staying alone, in the official Circuit House.

Nothing seems to be going as planned. She is banned from the palace before she has even got there, and is mortified by her apparent failure. When she eventually wheedles her way in, she finds there is not just discord at the Palace, but brutal and ruthless plotting. One thing she becomes sure of. The maharaja is in desperate danger. But from whom? And then he disappears.

Massey gives us a detailed, nuanced portrayal of the often-strained relationship between Britain and the third of India made up of princely states and landholdings that were exempt from direct rule. Instead they paid lucrative  “tributes” in cash and kind, but came under the ultimate control of British political agents. And at the micro level she reveals the complicated mesh of relationships within the royal families, between the races, the extravagantly rich and the desperately poor, those that wanted to see India progress and develop, and those that wanted everything to stay the same. It’s the most interesting history lesson you are likely to have.

Perveen Mistry is a delightfully engaging character; a mixture of hard-headed business woman, by-the-book lawyer, intuitive investigator, and a woman respectful of, but pushing against, the cultural limitations of her time.

In A Murder at Malabar Hill, author Sujata Massey introduced us to an intriguing new amateur sleuth, Perveen Mistry. With this follow-up novel, The Satapur Moonstone, Massey cements Mistry’s position as one of the crime genre’s most fascinating and entertaining characters, and her own as one of the best writers of historical mysteries.

The Satapur Moonstone is written by Sujata Massey and published by Allen&Unwin. To find out more about her earlier books 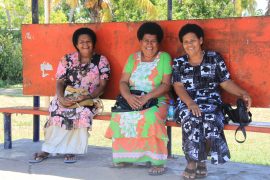 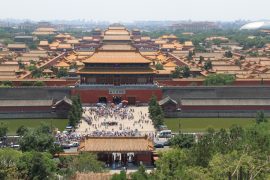