Twelve authors from across the Europe have been named as winners of the annual European Union Prize for Literature part of its Creative Europe program supporting the arts. The awards, which carry a Euro5000 prize recognise the best new and emerging authors across the Union and are also part of a push to…

THERE is something almost too perfect about the haphazard patchwork of homes clinging to the precipitous hillside, windows glistening and pastel walls glowing as the sun traverses the buildings.Vernazza is considered the superstar of the five picturesque villages that make up the Cinque Terre on the Italian Riviera, but there is little to choose between it and the others of an illustrious group — Monterosso al Mare, Corniglia, Manarola and Riomaggiore.

They are similar but not the same, all spectacularly beautiful but with their own subtle

differences in dialects, traditions and rivalries. First officially recorded in the 12th century, the people of the “five lands” led a fraught existence, under siege from marauding pirates despite the ring of protective fortresses erected by their feudal protectors, until the threat eventually evaporated in the 1500s. They eked out an existence growing grapes and fishing.

It was only about a century ago that outsiders really discovered the quiet, natural beauty and less than 40 years since tourism transformed what was one of Italy’s best-kept secrets into an international drawcard. Now, hundreds of thousands of people from all over the world flock to the scenic Cinque Terre, most to complete the Sentiero Azzuro, the string of four paths linking the five villages.

The trail, sometimes so narrow two people cannot walk side by side, twists and turns,

The beautiful little Lombardy village of Vercana perches on the hillside looking down on Lake Como above the village of Domaso on the north western side of the Lake. Officially it has slightly fewer than 800 residents, swollen by summer tourists who clamour for the priceless view and peaceful old world charm. It is an enchanting higgledy-piggledy labyrinth of old buildings with terracotta roofs, tiny cobbled lane ways and mysterious alleyways,  lush vegetable gardens and mini-vineyards heavy with wine grapes crammed onto the hillside tiers; it historic churches with beautiful frescoes and tiny personal shrines;  houses with upstairs barns full of winter hay, cellars packed with wood for the fires and the constant cackle of  the family chickens. Everywhere flowers. And cats. Sleek. Aloof. Alert, Shy. Snooty. Doted on. Out on patrol or basking on the sun-heated

In Italy, food is more than just something to eat. Food is family and friends; it is good

wine and lots of laughter; it is the slow swirl of wood smoke and the aroma of onions sautéing in olive oil; it is a recipe passed down from generation to generation but still never quite as good as when Nonna makes it; it is huge misshapen but oh-so-sweet tomatoes and aubergine that go straight from the vine to the saucepan; it is cheese ripened to perfection. In other words, it is serious stuff.

The Sagra dei crotti is a four-day gastronomic adventure centred around the crotti of Chiavenna, Lombardy, in September every year. It celebrates all that is wonderful about 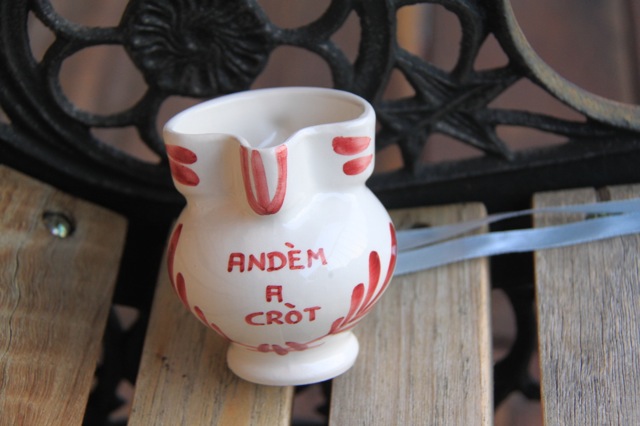 the area’s food, wine and tradition. The crotti are hollows formed by rock movement in prehistoric times still cooled by the sorei, a natural breeze from underground which keeps at a steady 6-8 degrees, perfect for maturing cheese, hams and salami and storing and ageing wine. Highlight is the Andem a Crot Chiavenna where you create a full meal by choosing four different crotti, enjoying a different food tasting at each. All four are accompanied by a boccalino of selected local wine, drunk from traditional pottery di vino “jugs” which you

In an unusual partnering, Australian conservationists are recruiting Maremma dogs for a new pilot program to help save the endangered Eastern Bandicoot. This follows a highly successful program where the Maremma protected the fairy penguins on Australia’s Middle Island from fox attacks. The dogs, which operated in pairs, form special bonds…