Visiting Pitchi Richi is a bit like entering a secret garden full of wonderful treasures that you get to enjoy all by yourself.
But that’s not how local historian Domenico Pecorari and 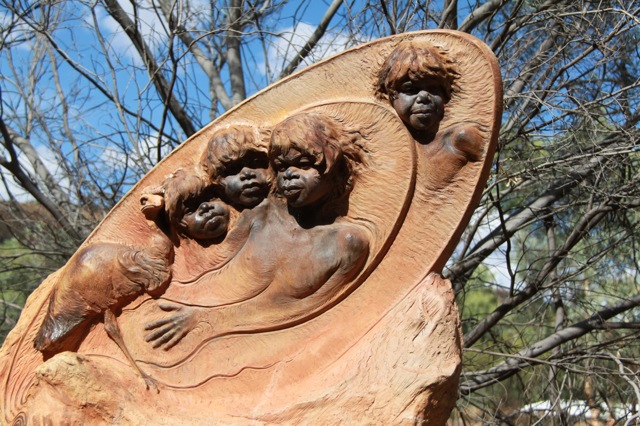 caretaker Olly Vachez see the future for the iconic site.
They want to return it to its former glory as a unique and fascinating attraction open again to tourists and are putting the finishing touches to a business plan that is based on making the site self-
sufficient, thus not reliant on the vagaries of official funding.
Star attraction is the series of about 20 sculptures by renowned Victorian sculptor William Ricketts.
They have been mounted on rock pedestals and dotted around a softly curving path through the property leading visitors on a gentle meander that is a blend of art and nature. Ricketts, who is probably better known for the William Ricketts Sanctuary in the
Dandenongs, Victoria, featured himself in much of the work along with real people from 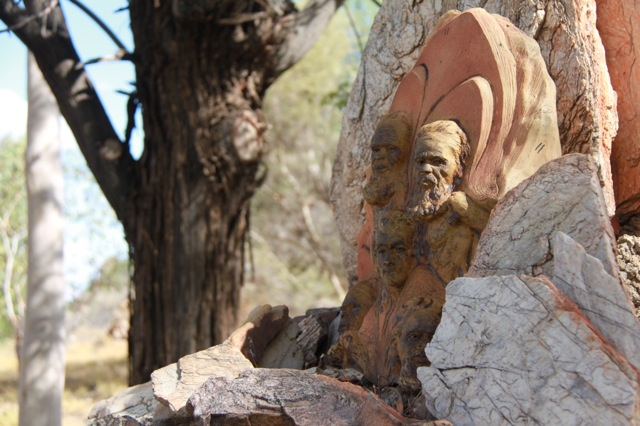 the Aranda, Pitjantjatjara and Loritja clans with whom he had become friends.
In the late afternoon light the deep ochre sculpted faces rise from the matching landscape, providing a memorable experience.
“The sculptures are internationally rated treasures,” says Pecorari. “Alice Springs is very lucky to have an attraction of this value. I think tourists will find it an amazing place to visit.
“Imagine what they would look like at dusk, illuminated by small lights.”
Twilight tours through the sculptures are only one of the many ideas they are considering to attract tourists as well as locals, including school groups.
“We want to turn it into a self-sufficient entity for the people of Alice,” says Domenico. “We are lucky because there are so many areas in which we could hopefully raise

money.”
Already, part of the block has been sub-let to people who have set up home there, some of them also volunteering at the site.
But it is also intended to sub-lease the non-heritage part of the two-storey house once known as Pearly Gates, which was once the property’s pride and joy and the poshest house in town.
This will provide accommodation for a small number of paying backpackers.
A custom-built ablution block is to be built to service day visitors.
There is the also the possibility of replanting the groves of citrus trees, and possibly vines, that were once so prolific when the property was the heart of a successful farming program which exported to the rest of the country. 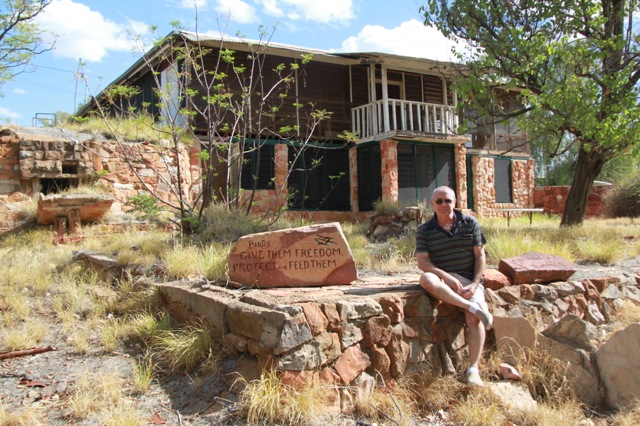 Olly is working with permaculture projects that will showcase food production as well as getting maximum use from the scarce resources such as water.
Volunteer groups have already helped clear the sculpture walk of imported plants so they can encourage the growth of native species that should thrive in the arid conditions.
It will also help draw the wide variety of wild birds
for which Pitchi Richi was once famous.
Pitchi Richi was originally the home of Charles Chapman, well-to-do businessman and founder of The Centralian Advocate.
But it was Leo Corbet, whose wife Elsa later developed a bird sanctuary there, who enticed Ricketts to install the sculptures.