Say Nothing By Brad Parks How far would you go to protect someone you love? Lie for them? Interfere with the course of justice? Kill someone? That’s the premise at the heart of Say Nothing, a clever, pacy new thriller from American author Brad Parks best known for his award-winning books… 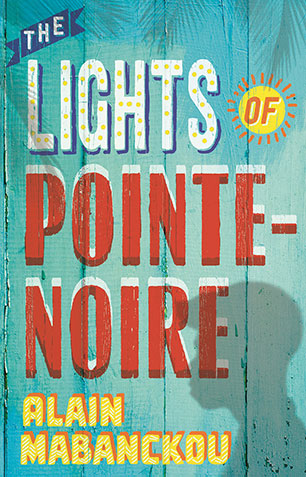 One of the greatest benefits of literary competitions, the main of course being to spotlight and reward fine novels, is to introduce authors to readers who they might otherwise never have encountered. Alain Mabanckou, the Congolese author now living and teaching in Los Angeles, was shortlisted for the 2015 Man Booker International Award, awarded every two years for a body of work.

I had never heard of Mabanckou never mind having read one of his books. Yet baby steps of research revealed he’s already received a collection of awards for books like Memoirs of a Porcupine and Blue-White-Red. The Economist called him “Africa’s Samuel Beckett … a subversive.” I tried several usually well-stocked independent bookshops and in the end snatched up the only book I could find, The Lights of Pointe-Noire. Which is a very long way of explaining how I came to spend last weekend, rugged up against the chill winds of a sunny Sydney, falling deeper and deeper in love with The Lights of Pointe-Noire and the writing of Alain Mabanckou. Which in turn led to ordering Tomorrow I’ll be Twenty, a fictionalized account of his childhood in the Congo, but more on that when the book finally arrives.

There are rich pickings on the crime scene with Graeme Blundell, one of my favourite followers of crime fiction, sleuthing out four new offerings  (should that be a massacre of crime novels?)  in his popular Crime File. The latest from Garry Disher, who has been producing literary thrillers for decades, is…