“Bodies are horrible enough as it is, even with their clothes on. I don’t want to see them,

those parts where the sun never shines. Not the folds of fat in which it is always too warm and the bacteria have free rein, not the fungal growths and infections between the toes, beneath the nails, not the fingers that scratch her, the fingers that rub there until it starts to bleed.” Put like that, it’s not surprising that Dr Marc Schlosser has had enough of being in the medical profession. Or, to be more precise, he’s had enough of having to deal with patients. He’s got a highly successful practice but he is bored. Without losing the external patina of care that has brought him a very comfortable lifestyle, he retreats more and more into his private thoughts.

In Summer House with Swimming Pool by Herman Koch, we know the outline of what happens right from the start. Schlosser treated noted actor Ralph Meier 18 months before the book opens, and now Meier is dead. There is to be a Board of Medical Examiners Inquiry. And at the funeral Meier’s widow Judith, in “a voice like a trained Opera Singer”, screams abuse at Schlosser.

One chapter in and we know we are in for the kind of moral debate that has become something of a hallmark for Dutch writer Koch. His previous novel, The Dinner (his first to be translated into English), revolved around a dinner-table discussion involving three middle-class couples and their reaction to an incident involving their children. It’s a tight, almost claustrophobic gathering. In Summer House with Swimming Pool the center of most of the action is a beachside house, which the Meiers and their teenage son have rented for the summer, along with a film director friend and his much-younger girlfriend. Despite Meier’s obvious attraction to Schlosser’s wife, Schlosser inveigles an invitation to stay there along with family.

Almost immediately, tensions arise between the two men in an almost primal way: two alpha males in an easy-going, hedonistic environment where it seems the normal rules of behaviour are bendable. Then there is an incident involving Schlosser’s daughter on a remote part of the beach; no one is quite sure of what has occurred only that she is seemingly traumatised.

As with The Dinner, in Summer House with Swimming Pool Koch is again exploring the lengths parents will go to protect their children and the challenge to accepted social boundaries. Schlosser wants more than justice, he operating within his own moral code, seeking a more primal form of revenge. His is an almost animal reaction and this, too, is a recurring Koch theme questioning whether, pushed to our limits, there is something within all of us capable of challenging the convention of a “civilised” society.

Summer House with Swimming Pool is in parts an uncomfortable read. With his sharp observations and wit, Koch forces some painful soul-searching and dangerous truths. But tucked away, like sand hanging in a suitcase long after the holiday is ended, is a niggling doubt as to whether it is a parent’s love that is the driving force or something less noble.

Summer House with Swimming Pool by Herman Koch, translated from the Dutch by Sam Garrett, is from Text Publishing. 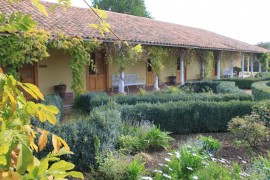