England: Another day, another ancient monument. Despite the ravages of time (and the
constant fighting) the country still boasts many outstanding buildings reflecting its rich heritage. Stokesay Castle in picturesque Shropshire, is not one of the country’s best-known ancient monuments but it is considered possibly its finest fortified manor houses.

Standing in Stokesay Castle’s great hall, you can live history; just close your eyes and
open your imagination to the sights, sounds and smells, of its rich heritage, dating back to 1280. England’s past is etched deep into the fabric of every part of this beautiful and fascinating collection of buildings.

Although there has been a presence on this site in the valley of the River Onny, it was Laurence of Ludlow, a phenomenally successful wool merchant and one of the richest men in England, who built the original. It is still remarkably intact today. Over time additions were made; a medieval staircase, priceless tiled floor, finely carved 17th century family chamber, and the eye-catching gatehouse build in 1640. But each has been done so carefully and sympathetically that they have become an intrinsic part of the original, not just additions.

The original building, constructed from giant oaks hewn from the royal estate and local stone, consisted of a south tower with ramparts, the solar block, a covered walkway, the great hall, the north tower, kitchens, well and storerooms all within a protective wall and moat. The great hall, is dominated by three great wooden arches created in such a technically advanced design that the building did not have the usual aisles to give extra support were no aisles just a wide, soaring roof over one massive space. The upstairs area is now partitioned into two rooms but is believed to have originally been only one space which the whole family shared. It has decorated floor tiles indicative of the family’s wealth.

Undoubtedly part of the reason for Stokesay Castle still existing in such a beautifully
original form, is the only time it came under siege, during the civil war in 1645, the

soldiers resisted for one assault (as was laid down in the conventions of 17th century warfare) and then wisely just handed over the keys without loss of honour, life or structure. The Castle was also fortunate to have been owned or tenanted by a series of noblemen all of whom protected and enhanced it.

Stokesay Castle is owned and operated by English Heritage and is open to the public. Watch out for events like the staging of plays in the grounds and special historical tours. 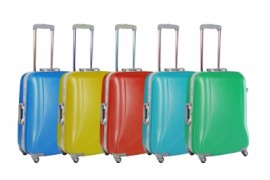 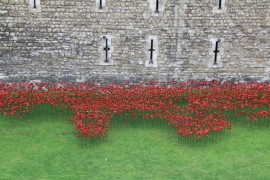