For several moments, the only sound is nature’s version of silence, the muted splash of wavelets against the old wooden planks of the dhow’s hull, the soft flapping as the limp creamy sail struggles to trap the most whimsical of breezes, the shrill far-off call of sea eagles.

We are lounging on large, plump cushions, the twilight air warm on the skin, the white wine deliciously chilled, wondering whether the amazing, architecturally structured clouds are going to allow the full glory of the sunset to be unveiled. But not really caring. It is, by any measure, heavenly.

When we turn for home, the throaty chuckle of the outboard motor replaces the flap of the lifeless sail; in 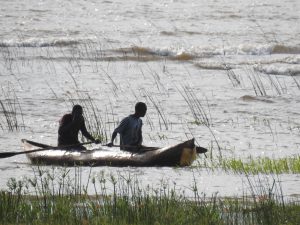 the distance small cooking fires burn outside the village houses. Kids are scampering about on the sand, playing some unidentifiable game. The little flotilla of fishermen we passed earlier has returned home, hand-hewn canoes lined up like beached logs, ready to head out again once night has fallen.

Malawi may be a small, landlocked country but it is blessed with Lake Malawi, Africa’s third largest, stretching more than 570km down the country and comprising its borders with Tanzania and Mozambique. The lake, said to have 700 different kinds of fish, not only provides food and a living for the hundreds of thousands along its shores but, increasingly, attracts tourists, particularly to the waters off Lake Malawi National Park, a World Heritage site at the southern end. 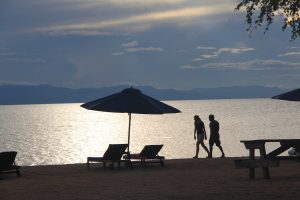 Each evening (weather permitting), the dhow sets off on its sunset cruise from the pristine beach of Pumulani Lodge on the Nankumba Peninsula. Even during the day, apart from the fishermen, guests frequently have the glassy waters to themselves. No traffic jam of tourist boats. No jarring blare of music. Visitors come for the quiet beauty. For the snorkelling and diving. Kayaking along the craggy coastline under the sea eagle’s watchful eye. Or hiking the hillsides, trying to catch sight of some of the country’s 400 types of bird.

Pumulani Lodge, part of the Robin Pope group that runs safaris in Malawi, Zambia and Zimbabwe, clings to the steep, wooded hillside, looking out on to the lake. Its 10 grass-roofed villas nestle so snugly into the vegetation they are all but invisible to outsiders and to each other. And once inside, it’s like staying in your own, luxurious, tree house.

Meals are taken at the main building with its sweeping views across the water to the mesmerising blue-grey mountain ranges just visible in the distance. At night, enjoying pre-dinner drinks around an open fire, the sky a vast twinkling canopy above us, the so-called Lake of Stars lives up to the name bestowed by famed Victorian explorer David Livingstone. 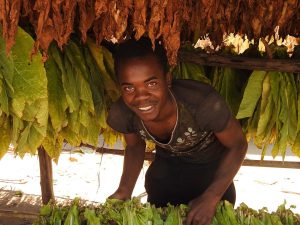 Lake Malawi is about four hours’ drive south from Malawi’s capital, Lilongwe, along a road that
showcases the magnificent scenery of the Great Rift Valley, which runs north to south down the country. Undulating hills extend to the blue-grey range in the distance. Along the way we experience the carnival of everyday life passing through several towns and numerous small villages, some still consisting of traditional thatched round houses. Small boys marshalling large flocks of goats or cattle wave enthusiastically. Tobacco hangs drying in large, open-sided wooden sheds.

While not as well known for game viewing as some of its neighbours, Malawi has nine parks and four 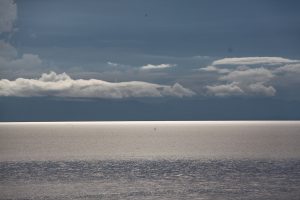 wildlife reserves and there has been increasing investment in improving accommodation and large-scale conservation.

Liwonde, the country’s longest established park, lies about five hours’ drive south of Lake Malawi on the beautiful Shire River. It boasts rare black rhino, hippos and elephants, eland, waterbuck and buffalo. If you really must have lions, Nkhotakota and Majete wildlife reserves in the central area now boast the Big Five. 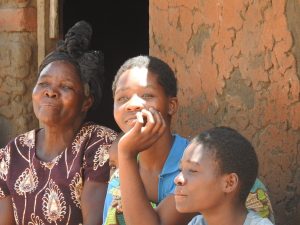 Malawi is one of the least developed African countries and has one of the highest poverty rates. Once heavily reliant on tobacco, increasingly it sees its future in tourism. Facilities and infrastructure in many areas is still limited. But it has two enviable assets: its majestic scenery and its outgoing and welcoming people.

Not for nothing is it known as the warm heart of Africa.

This article was first published in The Weekend Australian