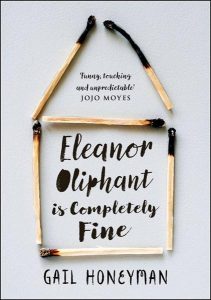 I fear that, like many others, I wouldn’t have really noticed Eleanor Oliphant. I’d probably have smiled automatically if I encountered her in the corridor at work, perhaps even said “hi” but not noticed when my greeting prompted no response, as I’d have already moved on.

I’d no doubt have wondered about her scar. In all likelihood discussed it with colleagues once or twice. Considered if not commented on her mannered style with her curiously clipped speech and monotonous choice of drab clothing. Colleagues would have mentioned she was good at her job in a ” thank heavens someone likes doing the repetitious but essential daily drudge stuff” way. If we even noticed that she never joined people in the pub after work, we’d have unconsciously moved on the conversation to more interesting topics. After not very long the chances are she’d have just blended into the wallpaper of the everyday.

Luckily, in Eleanor Oliphant is Completely Fine by Gail Honeyman, Raymond a likeable geek from IT, does notice 29-year-old Eleanor. Like us, he  finds her foibles odd, intriguing, and, sometimes, laugh out loud hilarious. But as their friendship develops he also realises that, whatever she says, Eleanor isn’t completely fine. And there are deep-seated and shocking reasons why she has created the walls around her within which her solitary life unfolds. Through his gentle, empathetic and often unconscious coaxing she slowly realises that the past, doused in liberal servings of Vodka, doesn’t have to control her life.

The theme of Gail Honeyman’s debut novel isn’t unique. As “communication” replaces human contact becoming increasingly rapid and omnipresent, loneliness is being identified as an alarmingly common problem across swathes of society. Honeyman says inspiration came partly from an interview with a young woman she read: “(She)  lived alone in a big city, had a flat and a job, but who said if she didn’t make a special effort, she would leave work on a Friday night and wouldn’t talk to anyone again until Monday morning,”

“That really struck me,” Honeyman says in an article on the  Foyles author page, “because when 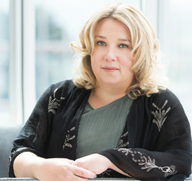 loneliness is discussed in the media, it’s usually in the context of older people – which is obviously a huge issue – but it was intriguing to think that it could also affect a younger person in this way. When I thought more about it, I realised that there were plenty of potential routes to a young person finding themselves in those circumstances, through no fault of their own, and how hard it can be, at any age, to forge meaningful connections.”

Yes, the plot of Eleanor Oliphant is Completely Fine is a tad predictable but it’s none the less satisfying for that. And there’s a bazinger of a twist.  Perhaps it’s no surprise that the book has already been snapped up by Reese Witherspoon’s Little Sunshine Company “whatever,” as Eleanor might have said, “that means.”

Eleanor Oliphant is Completely Fine by Gail Honeyman is published by Harper Collins. 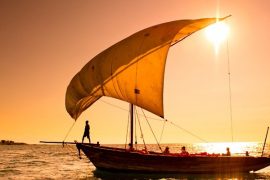 Sunset sailing on Africa’s Lake of Stars
Man Booker longlist 2017: from the traditional to writers aiming to “move the walls”
Navigate
Follow