There is nothing more simultaneously daunting and exciting than sitting at a keyboard facing a blank screen page. Sometimes there is an urge to start typing that is physical in its intensity. Other times there is that sweat-inducing panic where there appears to be nothing waiting to make the transition from brain to fingertips.

At work, that’s where deadlines come in.  It’s impossible to produce nothing when you have an editor or a sub breathing down your neck. It may not be the golden words both of you had hoped for but at least it will fill that hole. Alone, without the imperative of placating both your boss and the bank manager, it’s going to be a different situation. There is an amazing amount happening in the world that is noteworthy, fascinating, humerous, puzzling and disturbing. But is there really a need for yet another voice or will it just become part of the ambient noise that is taking over from reasoned opinion and comment?

Will it work? We will both be the judge. 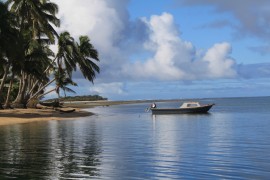