So many books. So little time. As another year comes to a close it’s time for a some literary accounting. Discounting January, when my focus was entirely on uni text books, I read 69 books in 2017, including four non-fiction and one play. I did not count books that I re-read or did not read in full as applied to a couple of poetry collections. The author gender tally was 35 male, 34 female (or 50.72-49.28%).

The authors hailed from 20 different countries (US, Ghana, Nigeria, England, Australia, Libya, Argentina, Norway, Ireland, Japan, Iceland, India, Vietnam, Israel, Denmark, Sudan, Zimbabwe, Scotland, Canada and Pakistan). During the year I had deliberately sought out writers with whose work I was not familiar, and whose work generally appeared in translation. Prizes like the Man Booker International  was useful in helping me find these new treasures as well as some of the excellent online sites that focus on authors for whom english is not their first language.

But there was also plenty of serendipity about my choices. When Kazuo Ishiguro won 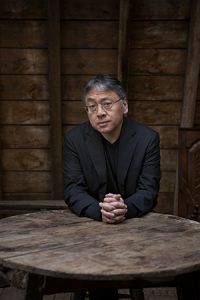 the Nobel Prize for Literature I decided to read the four of his eight published books that I had not already read. For the first time this meant I could weigh up a winner’s work (albeit just his novels and not his wider writing) in its entirety. Sometimes, particularly with non-fiction, an article online or in a newspaper would pique my interest. That’s how I came to read JD Vance’s Hillbilly Elergy, a powerful analysis on the rise of Donald Trump, and art critic Sebastian Smee’s excellent The Art of Rivalry, which dissects the relationship between four pairs of famous artists.

It’s often near impossible to choose between books that are so diverse in style, story and language. With Ishiguro I copped out completely and decided that he was in a class of his own. Kamila Shamsie’s Home Fire, Zadie Smith’s Swing Time, George Saunders’ Lincoln in the Bardo and The Blue Fox by Sjon (to name just a few) kept going in and out of my list. So, before I change my mind again, here are my ten favourite novels of 2017, in no particular order.

The Passage of Love by Alex Miller. A memoir brilliantly translated into fiction follows Miller’s own story from arrival in Melbourne in the 50s through his turbulent marriage and frustrating journey to become an author. One of Australia’s finest writers at his very best.

A Horse Walks into a Bar by David Grossman. Set in an Israeli nightclub the reader becomes part of the audience repelled yet at the same time mesmerised by the very public self-destruction of the world-weary comedian on stage. Winner of the Man Booker International prize.

Anything is Possible by Elizabeth Strout. Follows on from her wonderful My Name is Lucy Barton though not strictly a sequel. Each of the interconnected chapters focuses, in classic understated style, on a particular inhabitant of a rural Illinois city where Lucy Barton grew up. A glorious read.

Fever Dream by Semanta Schweblin. Subtle but hauntingly disturbing story about the supernatural and our own darkest fears. Schweblin utilises deliberate ambiguities to keep the tension high and the reader unsure of what is real. An infinitely creepy novella.

Stay With Me by Ayobami Adebayo. Yejide and Akin are a young couple living in Lagos. Fractures begin to appear in their marriage when, after four years, Yejide is unable to get pregnant. Family pressures and Akin’s own dark secret, brings a collision between modernity and tradition.

The Years, Months, Days by Yan Lianke. An old man and a blind dog are the only remaining inhabitants of their village, abandoned because of on-going drought. Both depend on each other for survival. A brilliant fable that recalls China’s devastating famines and forecasts environmental disaster. Unforgettable.

Homegoing by Yaa Gyasi: The extraordinary debut novel by the young Ghanaian-
American writer presents an unwavering view of the impact of the slave trade on successive generations up to the present day.

The Life to Come by Michelle de Kretser. De Kretser takes us time-travelling in Sydney, 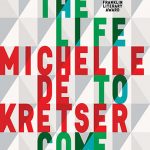 Paris and Sri Lanka through five interlocking sections. Author Pippa appears in them all, in one guise or another, but there’s also Ash, a Sri Lankan, and Celeste, an Aussie living in Paris. Intense, perceptive and witty, with laugh out loud moments.

Autumn by Ali Smith: The first of what is to be a four-part series each named after a season (Winter has also been published) exploring “what time we have, how we experience it”. Through a series of flash backs Smith traces the lives of 101-year-old Daniel, moving in and out of consciousness in a care home, and University lecturer Elizabeth, whom he first met when she was an eight year old.

The full list of the books I have read, in the order I read them, is: Bettysville by George Hodgman (US), Lincoln in the Bardo by George Saunders (US), Homegoing by Yaa Gyasi (Ghana), A Grain of Wheat by Ngugi wa Thiong’o (Kenya), Things Fall Apart by Chinua Achebe (Nigeria), Stay with Me by Ayobami Adebayo (Nigeria), Say Nothing by Brad Parks (US), First Love by Gwendoline Riley (UK), Between a Wolf and a Dog by Georgia Blain (Australia), The Return by Hisham Matar (Libyan/US).

Hillbilly Elergy by J.D.Vance (US), Fever Dream by Samanta Schweblin (Argentina), In the Country of Men by Hisham Matar (Libya/US), The Unseen by Roy Jacobsen (Norway), The Dark Circle by Linda Grant (UK), The Museum of Modern Love by Heather Rose (Australia), The Lesser Bohemians by Eimear McBride (Ireland), Men Without Women by Haruki Murakami (Japan), Shattered by Jonathan Allen & Amie Parnes (US), Moonstone, The Boy Who Never Was by Sjon (Iceland).

The Blue Fox by Sjon (Iceland), Softcops by Caryl Churchill (UK), Police at the Station and They Don’t Look Friendly by Adrian McKinty (Ireland), Anything is Possible by Elizabeth Strout (US), The Greenhouse by Audur Ava Olafsdottir (Iceland), Tenth of December by George Saunders (US), The Ministry of Utmost Happiness by Arundhati Roy (India), My Soul to Take by Yrsa Sigurdardottir (Iceland), The Refugees by Viet Thanh Nguyen (Vietnam), Judas by Amos Oz (Israel).

A Horse Walks into a Bar by David Grossman (Israel), Mirror, Shoulder, Signal by Dorthe 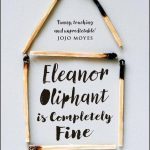 Autumn by Ali Smith (UK), Forty Words for Sorrow by Giles Blunt (Canada), Things We Lost in the Fire by Mariana Enriquez (Argentina), Killed in Cornwall by Janie Bolitho (UK), Home Fire by Kamila Shamsie (Pakistan), Beyond the Truth by Anne Holt (Norway), The Golden House by Salman Rushdie (UK), A Death in Sweden by Kevin Wignall (UK), First Person by Richard Flanagan (Australia), The Burning Girl by Claire Messud (US). 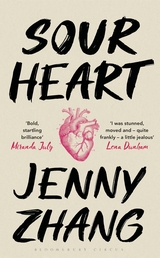