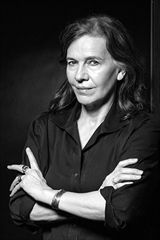 Living God, a dystopian portrayal of an America where evolution has suddenly, and inexplicably, reversed itself. There’s the last scene in the movie Planet of the Apes, P.D.James’s The Children of Men, Lidia Yuknavitch’s The Book of Joan and Kazuo Ishiguro’s Never Let Me Go to name just a few.

But the real catalyst was what Erdrich considers the dramatic undermining of the political process and the impact on society. She had begun writing after the 2000 US election when she became particularly alarmed in the divisive rowback of social policies, notably reproductive and environmental.

She put it aside to finish The Plague of Doves (a finalist for the Pulitzer) followed by The Round House (which won the National Book Award). But the dizzying swing that projected Donald Trump into the White House in the 2016 election provided her with renewed impetus to complete the book.

“With Obama in Washington, we seemed to have a chance to move forward – clean energy, the restoration of women’s rights, a progressive Supreme Court,” she said in a recent conversation with author Margaret Atwood (whose The Handmaid’s Tale is the hit TV series of 2017) published in Elle Magazine.

“I like remembering when our leaders made us look good,” she says. “But we have a tendency to regress after we move forward. I picked up Future Home of the Living God again after the 2016 election, because I needed Cedar (her central character). Maybe I’m writing the biological equivalent of our present political mess, And of course, it feels like things are going backward again.”

Cedar is a classic Erdrich character, caught in the interchange between Native Americans and the rest of the population. She is the adopted daughter of white, hippyish Minneapolis liberals Sera and Glen Songmaker (the lyrical name ironically of British origin). They have strongly supported her Native American heritage almost to the point of fetishisation. And she admits she joined the Catholic Church “just to bug them”.

When she finds herself pregnant, the world is already shape shifting backwards towards creation. Once familiar birds now resemble the diagrams from textbooks. Vegetables that have been hybridised return to their natural form. The authorities, themselves seem unsure of exactly what this devolution will mean for humans “speculating about just what the abnormalities in the neocortex could mean in terms of cognition. And also what it means that male sexual organs are not developing properly. Sometimes not at all”.

Anxious for information about any potential genetic implications for unborn child she seeks out her birth mother, a Native American called Mary Potts. Cedar discovers not the family of a Native American “princess” but an essentially normal existence running the local shop and garage with her husband Eddy.

The book unfolds through Cedar’s written journal to her unborn child. It’s a narrative that is rich and perceptive: “Our entire evolution up until now has apparently been coded into some part of the blood or tissue we haven’t noticed or deciphered … now it’s too late. Our bodies have always remembered who we were. And now they have decided to return. We’re climbing back down the swimming pool ladder into the primordial soup.” It’s also, in parts, very funny.

As a device it’s not entirely successful. Inevitably it presents an essentially one-sided version of events (with the exception of her stepdad Eddy’s remarkably optimistic “Suicide Diary”). It also results in a couple of irritating plot gaps. Despite that quibble, Future Home of the Living God, about a world tumbling into sudden, potentially catastrophic, chaos, is a compelling read.

It presents a “reality” of pregnant women being snatched off the street and taken to giant pregnancy warehouses; of millions of unadulterated foetuses being frozen until man (or rather men) can work out how to re-establish control of nature. Of information breakdown and control – like the appearance of her computer screen of the mysterious “mother” (“big brother” without the agro). It’s about rejecting any semblance of individual equality or decency, instead completely resetting the balance of power so it reflects only fear, prejudice and intolerance. And the bitterest of betrayals. But running through are the powerful riffs of individual defiance and extraordinary acts of humanity, and bravery.

Erdrich’s books are consistently thought provoking, and frequently challenging. And, as she continues to publically advocate against what she sees as the dehumanising and dangerous directions of US government direction, hopefully, we can expect more.

Future Home of the Living God by Louise Erdrich is published by Corsair.