“The baby is dead.” It’s a confident author who opens with the end. Particularly an ending so shocking, so visceral, that it might repel the reader. But Lullaby by French-Moroccan writer Leila Slimani does the opposite. The description of the scene surrounding the baby’s death, is so devastatingly succinct, that Slimani’s transition to scrutiny of the transition from every day life to tragedy, is compelling.

Myriam and Paul are a young Parisian couple. He is a music producer, she a smart young lawyer 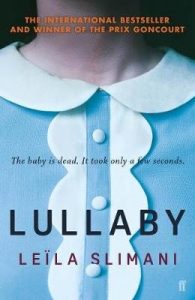 who enthusiastically became a stay-at-home mum after the birth of her two children, Mila and Adam. But as Paul’s career takes off, his life outside the home becomes exciting and stimulating to the apartment bound Myriam. She finds herself overwhelmed by her “secret shame”, the daily drudgery and the feeling the children are “eating her alive”.

After a chance meeting with a former colleague Myriam decides to return to work. As with all the couple’s friends, the solution is to find a nanny. Paul draws up a shopping list of criteria: “no illegal immigrants … not too old … no veils … not a smoker, energetic … and available.”

Myriam’s initial foray is discouraging. She discovers the underclass of largely African and Filipino women desperate for jobs. Some are illegal; many forced to put up with poor employment conditions and pay, unable to complain for fear of official retaliation. Others have left their own children in their home country, looked after by relatives, or are compelled to send them to the huge cheap factory farm crèches that is all they can afford. 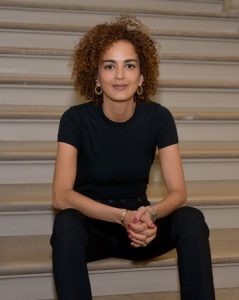 But Myriam and Paul are lucky. They discover Louise. Well-spoken, neatly (if primly) dressed, she has a strangely doll-like appearance but is an instant success with the children. They instantly embrace her. And it doesn’t take long before the couple rely on her totally. She is the perfect asset to their increasingly successful lives. Brilliant with the children, she keeps the apartment spotless, mends the family’s clothes, and is always available for extra hours. She is an excellent cook producing meals that send Paul into “raptures” and add to their list of bragging rights to friends about “their” nanny.

But Louise too believes she is lucky. Just as the couple create the illusion of the perfect nanny, deliberately blind to any of the slowly recognised imperfections, Louise sees them not as employers but as her escape. Imperceptively she inveigles her way into the family: attractive, clever, loving. Hers.

Slowly, with deliberate restraint, Slimani manipulates the growing menace within the household, as she peels back the multi-layered relationships. The pace quickens. The sentences are tight. The prose lean, but elegant. There is an underlying physicality … the biting, the overheard sex, the shocks (the scene where Paul returns to find Louise has used her make-up on his daughter is devastatingly good) To the reader, aware of the denouement, the tension becomes almost unbearable. But for Myriam and Paul, there is just the moment of cataclysmic discovery.

Lullaby has been cited by some as possibly “the next Gone Girl”. It is much better. It’s part psychological thriller but also part perceptive and challenging social commentary.

Lullaby by Leila Slimani, translated by Sam Taylor, is published by Faber & Faber. Slimani was awarded the Prix Goncourt, France’s highest literary award for the book (originally published as Chanson Douce) in 2016. 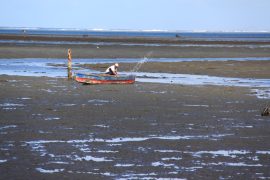 Where in the world? Suva, Fiji Islands
Art collaboration to help preserve a timeless culture 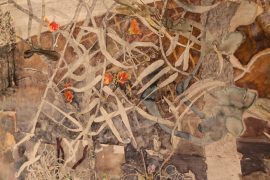