It sounds like a film. Meet the Finns. But often life can be just as entertaining and far more satisfying than fiction. Prior to our four day visit to Helsinki, Finland’s beautiful capital, we had arranged to meet a local couple for dinner. You always talk to locals when you visit foreign countries but it is usually brief and often inconsequential. Meet the Finns, which is organized by a small local company, Cosy Finland, offered the chance of meaningful encounter.  E-mails were exchanged. Our hosts, Anneli and Lassi were kind enough to offer to pick us up from our hotel, for the drive to their home in Finland’s second city, Espoo. It took about 20 minutes along excellent roads populated by courteous and speed-obedient drivers.

It was easy going right from the start. The couple (he’s in IT and she in HR) speak excellent English although they berated themselves on the rare occasions that their vocabulary failed them. Their initial observations about particular local sites of interest as we passed soon morphed into a discussion about urban sprawl, the ease (or not) of getting to work, the new Metro link between Espoo and Helsinki, and the strong opposition to plans to merge the Espoo, Vantaa and Helsinki into one Finnish megalopolis.

Anneli and Lassi live in a pleasant leafy suburb. Once filled with large, 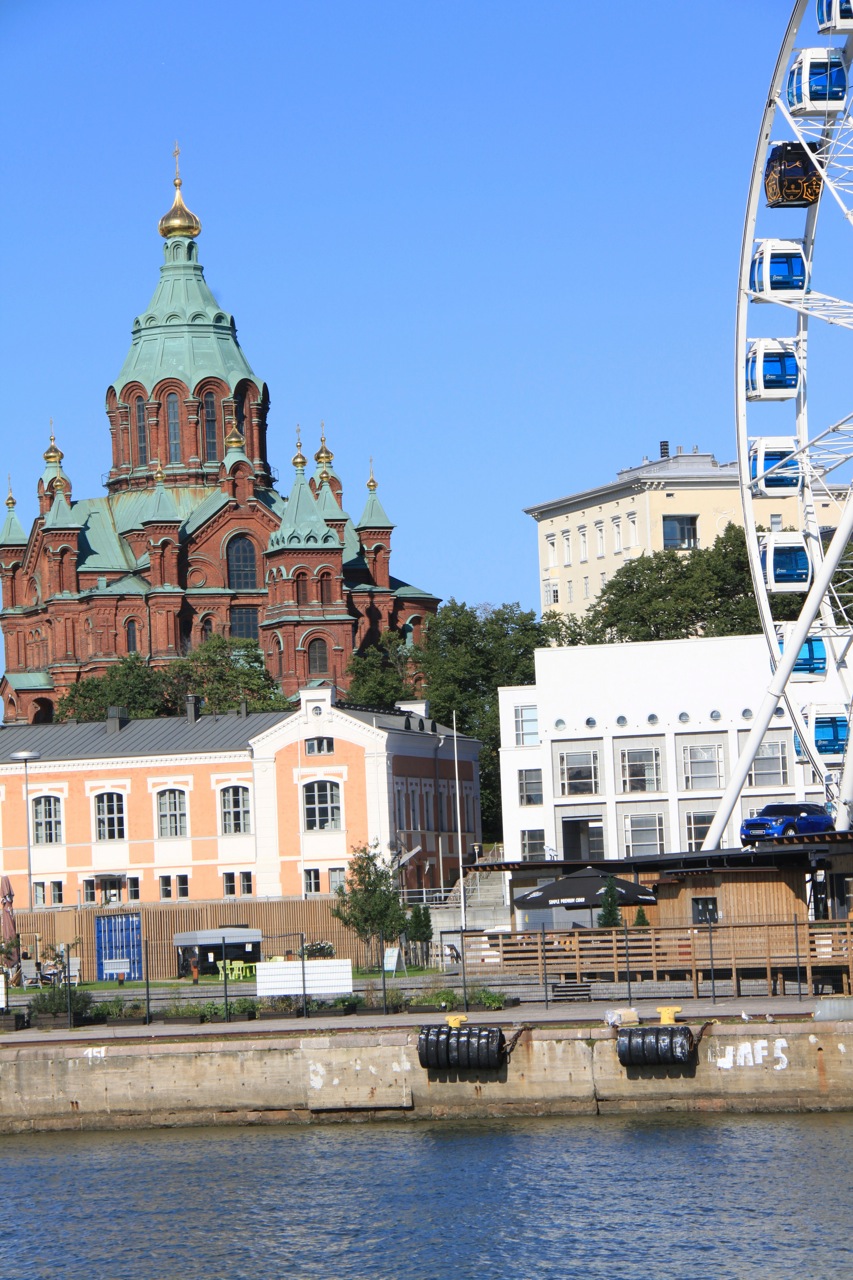 luxurious villas, they have mostly been replaced by a collection of micro-communities. The couple’s home is one of seven which have brought together families with young children, empty-nesters like Anneli and Lassi, and a couple of elderly sole occupants. The shared area within the group is looked after by everyone although increasingly, we discover, there are issues. For example, with the ageing of the inhabitants it is falling on a smaller and smaller group to dig out the vehicles from their snowy graves during the ferocious Finnish winter.

Their home is modern, well insulated and beautifully decorated with fabric by local designer Marimekko and a series of delicate and intriguing prints by local artists. Originally home to the couple and their children, a daughter and son, there are now just the two of them and they have converted one room into a smart home office. Next to the main bedroom is the family Sauna, so common now in homes that the former communal sauna have all but died out.

Dinner is traditional, Anneli explains. The kind of dishes they would enjoy at a gathering of their extended family. The starter is a delicate but intensely flavoured soup made from local mushrooms. They confess that once they would have gone out and foraged them from the thick forests but good quality mushrooms are now readily available in shops and on foodstalls. Lassi reveals how, not so long ago, people treated them as worth nothing more than feeding to the animals.

Our main course is salmon which, as we watch, is retrieved from the small smoker on their outside deck. It is warm and deliciously succulent, served with traditional boiled potatoes, fresh salad and herb sauce. Conversation has now traversed their early childhood, long summers spent at the family cabin about 500kms away in the remote western region of the country, the impact of the collapse of Nokia (once Finland’s economic artery), how high unemployment is affecting the new highly-educated workforce and the quality of schooling.

Dessert is a picture-perfect open bilberry tart made with a slightly sweetened very short pastry and bilberries gathered in the local woods by Lassi all topped with a little vanilla cream. You wouldn’t get better in the finest restaurant. We’ve now covered the potential impact of refugees on Finland, the new Finnish government and the battles it faces to get its policies introduced, the need to find new industries if Finland’s economy is going to grow and the impact that the long, long periods of daily darkness have on the population. Lassi shows us the points on the horizon where the sun peaks during the winter before heading earthward again. It is very, very low. They admit that it can be depressing although the countryside during the period is staggeringly beautiful.

Coffee and we move onto the arts and what we have found to be the very high quality of Helsinki’s museums as well as the striking architecture which pays homage to the city’s varying European links over the centuries. We are introduced to new Finnish authors Sofi Oksanen and Mike Waltari and reveal how popular Scandi-noir is in countries like Australia. We are listening to Sibelius in honour of the 150th anniversary of his birth.

When it finally comes time to leave, we feel like we have spent an evening with long-standing friends. We exchange email addresses with the genuine intention of keeping in touch. 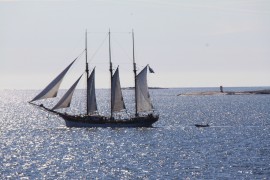 Pic of the day: Off Suomenlinna Fortress, Helsinki, Finland
Just a few of the reasons it’s impossible not to love Helsinki 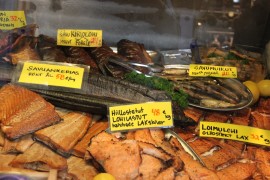