What dictates the choice of book we choose to read each year? I regularly start out with a plan, even a detailed list, and in January 2018 it was to read as many works in translation as I could, mainly to  enjoy authors I had never read before, as well as providing the chance to immerse myself in other cultures. But in the end it tended to be serendipity that shaped 2018 for me. Our small hotel in Quito with its series of architectural nooks and crannies where a comfy chair and a small book shelf had been fitted, led to The Story of a Shipwrecked Sailor and Chronicleof a Death Foretoldboth by Colombian writer Gabriel Garcia Marquez. 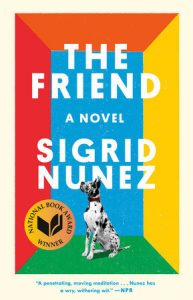 Awards and The Trick by Domenico Starnone (translated from the Italian by Jhumpa Lahiri) and that in turn shone the reading light on The Friend by Sigrid Nunez. A new book by Ian Rankin (In a House of Lies) is always a must. As is anything new by Donna Leon but rabbiting on about how I enjoyed The Temptation of Forgiveness (although I regret the fact that Leon is including less descriptions of fabulous Italian meals) that led to the discovery that my sister has the entire Leon collection to feast on starting with Death at La Fenice, the first in the series A chance opportunity to attend a discussion with Australian author Ceridwen Dovey resulted in reading both her latest In the Garden of Fugitivesas well as her earlier Blood Kin.was

President Obama kindly drew my attention to Lauren Groff (how the heck had I missed her?) which resulted in a flurry of late nights as I quickly consumed Florida, followed by earlier works Arcadia, The Monsters of Templetonand the beautiful collection of stories Delicate Edible Birds. This leaves only Fates and Furies; her much acclaimed 2015 book, still on the pile for 2019.The publication after a seven-year drought of Warlightby Michael Ondaatje led to the compulsion to go back and read some of his earlier body of work.

Not that chance has always been a success: Black Sheep by Susan Hill, plucked from the bookshelves at friend’s house, left me cold. The Obelisk by E.M. Forster even colder. James Comey’s A Higher Loyalty, timely and with plenty  amusing (and alarming) anecdotes abut Trump, however, essentially self-serving.

But those are trifling grumbles. All in all, the books of 2018 resulted in endless hours of fascinating, absorbing and entertaining reading. I got through a total of 76, written by authors from 19 countries (more if you count some of the short stories included in the collection of short stories by South American writers, Bogotá 39). Thirty nine of the authors were female, 37 male. Below is, after much anguish, my Top Ten, listing the ones I found particularly memorable, surprising, challenging and always, entertaining. In no particular order they were: 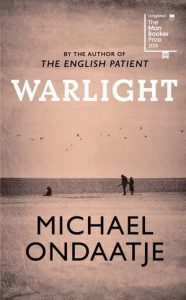 Warlight by Michael Ondaatje, (Vintage): The Second World War is drawing to a close and Nathaniel and his sister are left in the care of a mysterious figure known only as The Moth while his parents return to Singapore. By default, the siblings are absorbed into a strange but carefree world of eccentric misfits and dodgy dealers. The second half of the book moves to 1959, the adult Nathaniel has joined the Foreign Office ostensibly investigating espionage but also providing cover as he tries to locate his mother. I’m not sure I agree with the decision earlier this year that Ondaatje’s The English Patientis the best of the Man Booker Prize winners, but Warlightis a triumph

Florida by Lauren Groff (William Heinemann); The weather outside was chill and wintry but Groff magically transported me to the glaring sunshine and omnipresent heat of the American state of Florida. As one reviewer put it “(Florida) isn’t a short-story collection so much as an eco-system”. They are funny, sad, cruel, compassionate, weird and completely compelling. If Ghosts and Emptieswas a recording I’d just leave it on repeat.

The Last Children of Tokyo by Yoko Tawada translated by Margaret Mitsutani (Portabello Books):  Intriguing sci-fi novel  where an unexplained environmental catastrophe has reversed life – the elderly keep soldiering on, seemingly for ever, whilst the children are dying before they reach adulthood. Told through the eyes of four generations of a Japanese family its ostensibly grim message is punctuated by fabulous satirical gems.

Lullaby by Leila Slimani translated by Sam Taylor (Faber & Faber); The subject is so bleak I have a 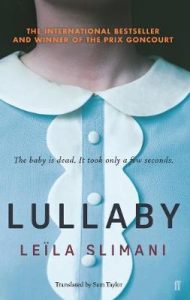 friend who still refuses to read this novel. When middle class French-Moroccan lawyer Myriam decides to return to work after having two children, she and her husband, slightly hesitantly, hire Louise, a local nanny.  Louise rapidly becomes indispensable, managing and improving the lives of all the family whilst gradually insinuating herself further into their world. But when there are problems the hidden chasm of  division of power and class prove is revealed.

Frankenstein in Baghdad by Aahmed Saadawi, translated by Jonathan Wright (One World): Junk
dealer Hadi collects the parts of corpses left strewn in the streets of US-occupied Baghdad, purportedly part of a plan to force the Government to accept responsibility for ensuring a proper burial for everyone. But his hybrid human develops an insatiable appetite for flesh, escapes and wreaks havoc.

The Friend by Sigrid Nunez (Penguin Random House): A delightful, amusing yet absorbing reflection on grief, loss and the restorative power of animals (in this case a Great Dane). Winner of the National Book Award, Nunez’s book shows the debilitating effect that the sudden death of her friend and mentor (in all his weaknesses) has and her gradual  obsession by the apparently restorative powers of her friend’s dog. 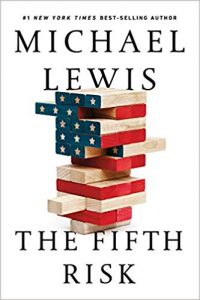 The Fifth Risk by Michael Lewis.  After his surgical dissection of the 2007-08 Financial Crash in The Big Short, Lewis turns his attention on the long-term impact Trump’s tenure as President will have on the Government of America. Slowly, with meticulous detail he explains the minutae of how government actually functions to benefit the American people. In a quiet, understated manner, he zeroes in on a clutch of Departments revealing the complex ways they work across a lasagne of levels, and slowly reveals the inevitable and devastatingly detrimental longer-term impact Trump’s lack of experience, of interest and of probity is having on the country. Worth it for the section on the weather monitoring alone. Scary.

Bit on the Side by William Trevor (Penguin): A deliberately uncomfortable set of short stories from one of England’s most enduring and elegant writers. In what is a recurrent theme in his work Trevor focuses on the more squalid side of relationships – revenge, solitude, the infliction of pain, the seeking of absolution. Offsetting, or perhaps accentuating this, is the undercurrent of empathy, albeit seemingly, reluctant.

Three Daughters of Eve by Elif Shafak (Penguin) one of Turkey’s most acclaimed writers: The complex intertwined story of three students, Shirin, Peri and Mona, whose friendship flourishes despite their wildly different backgrounds. When a scandal erupts not only is their relationship tested but also their deepest sense of who they are and the value of the life each has embraced.

100 years of in the life of a poor multi-generational Korean family. It starts at the beginning of the 20thCentury soon in a Korea newly annexed by Japan and follows the family as they migrate to Japan desperately seeking a better life. Eking out a precarious existence they find themselves trapped at the very bottom of a society that despises them surviving only by remaining culturally invisible.

And below is the full list of all my 2018 books: January: Girl in Snow by Danya Kufafka (Picador); Netherland by Joseph O’Neill (Harper Perennial); The Gentleman in Moscow by Amor Towles (Hutchinson); Dance of the Jakaranda by Peter Kimini (Akashic); The Stakes by Ben Sanders (Allen & Unwin); La Belle Sauvage by Philip Pullman (David Finkling Books); Lullaby by Leila Silmani (Vintage); The Drowning Lake by Arnarldur Indridason (Vintage).

March: She’s Not There by Joy Fielding (Zaffre), The German Girl by Armando Lucas Correa (Simon and Schuster). 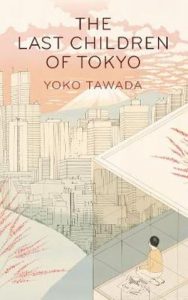 July: Seventeen by Hideo Yokoyama (Hachette); The Temptation of Forgiveness by Donna Leon (Penguin); Florida by Lauren Groff, (William Heinemann); The Monsters of Templeton by Lauren Groff (Windmill Books); Warlight by Michael Ondaatje, (Jonathan Cape); Youth by J.M.Coetzee, (Vintage); Lucky Us by Amy Bloom, (Granta); A Bit on the Side by William Trevor, (Penguin).

August: He Wants by Alison Moore, (Salt); In The Skin of a Lion by Michael Ondaatje (Picador 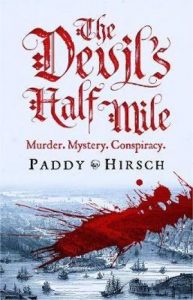 Review: 2028 by Ken Saunders gives us a glimpse of the future of politics – and it’s ridiculously funny.
Review: Flight Risk by Michael McGuire
Navigate
Follow