I have a rule to never read a thriller that centres on airports, airplanes or terrorism whilst flying
anywhere. Call it tempting fate. But luckily I was on terra firma, in this case sun-drenched Sydney, when I read Flight Risk the new novel by Australian journalist Michael McGuire.

Not so long ago, the plot would have seemed far-fetched: a commercial airliner with hundreds on 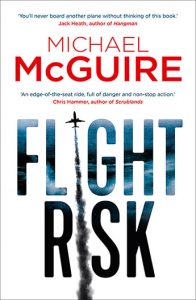 board just vanishes without trace leaving experts baffled. But just cast your mind back to March 2014 when Malaysian Airlines Flight 370 vanished over the South China Sea while en route between the Kuala Lumpur and Beijing. Despite exhaustive international searches and hundreds of theories, it has never been found, leaving families and loved ones of the 227 passengers and 12 crew, in a heart-breaking limbo.

In Flight Risk, disgraced ex-commercial pilot Ted Anderson, now works at a shadowy government agency, part of Australia’s “security architecture”. So he’s not expecting good news when he is urgently summoned by his taciturn boss. It turns out a plane belonging to Indonesia’s national airline, Garuda, and carrying 245 passengers and crew including more than 150 Australians, has suddenly disappeared. Pilot error? Poor maintenance? Sabotage? But if it crashed why is there no evidence? Ted’s under-the-radar (think false passport) task is to go to Jakarta and find out what happened.

It doesn’t take long for him to clash with the American CIA chief in Jakarta but when things start to go decidedly pear-shaped, and both men are forced to make an emergency exit, he’s offered a ride on a CIA plane out. Then they discover another plane has disappeared. And another. And still nothing. No evidence. No claims, even spurious ones from the myriad of publicity-chasing terrorist organisations. Just a devastating fear engulfing the world. The skies are empty. All commercial airplanes grounded. Airports become ghost buildings. Working on a hunch, backed by his deep understanding of the industry, Ted finds himself with a front seat (literally) as the full horror of what is unfolding becomes apparent. And he discovers that it’s not just the crazies out there we have to fear, but the lethally lucid, brilliantly calculating ones.

Flight Risk is a classic page-turner that capitalises on our deepest fears. Whilst it does require the odd suspension of belief on the part of the reader, its snappy pace, clever plotting and engaging hero – flawed, as the best heroes always are – adds up to an engaging package. And I am sure we haven’t heard the last of Ted.

Flight Risk is published by Allen & Unwin. McGuire’s first novel Never A True Word, a political thriller, was published in 2017. 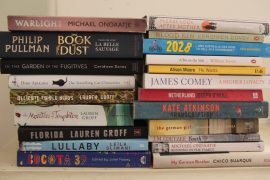 2018, A Year of Books
Two debut novels get 2019 off to a crackling start
Navigate
Follow