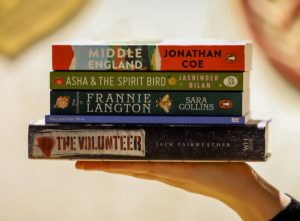 If, like me, you can’t resist checking out literary prizes from around the world, mainly to either catch up with books I might have overlooked or else to rail against the absurdity of the judges’ choices, here are the five category winners in the newly announced 2019 Costa Awards. The award is open to UK and Irish residents and each of the category winners takes home £5,000.

The winner of the overall  2019 Costa Book of the Year, will be announced on Jan 28th.

First novel award – The Confessions of Frannie Langton by Sara Collins. Historical novel  about a servant and former slave in Jamaica accused of murdering her employer and his wife that moves from Jamaican sugar fields to Georgian London. Published by Harper Collins.

Novel award – Middle England by Jonathan Coe. Written about Britain on either side of the Brexit vote it was described by judges as “the perfect book for now” . Published by Viking Press.

Biography award – The Volunteer: The True Story of the Resistance Hero who Infiltrated Auschwitz by Jack Fairweather. Amazing story of the Polish soldier Witold Pilecki. Published by HarperCollins.

Children’s book award – Asha & the Spirit Bird by Jasbinder Bilan: A young girl in rural India, guided by an amazing bird, sets off to find her father and save her family’s home. Published by Chicken House Books

The short list for each of the categories was:

2019 Costa First Novel Award shortlist: Diary of a Somebody by Brian Bilston (Picador); Queenie by Candice Carty-Williams (Trapeze); The Confessions of Frannie Langton by Sara Collins (Viking): The Other Half of Augusta Hope by Joanna Glen (The Borough Press)

To pigeon-hole Sujata Massey’s fascinating new novel A Murder at Malabar Hill would be a crime
Armchair traveller: Prague, the Czech Republic 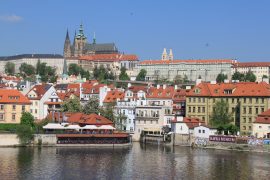