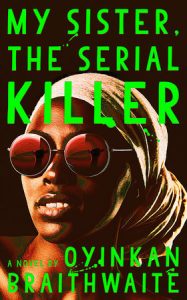 My Sister, The Serial Killer by Oyinkan Braithwaite: All her life Nigerian nurse Korede has been in the shadow of her beautiful, charismatic younger sister Ayoola. While Korede is a diligent and hard worker at a prestigious Lagos hospital, nurturing a secret love for one of the doctors, Ayoola gets whatever she wants from the string of devoted men who swarm around her by simply being. When she discovers Ayoola’s dark secret  Korede is dramatically catapulted into the cover-up (after all, she’s skilled with bleach and sanitising clean-ups) and discovers there’s a completely different side to her sister.  The only person she can confide in a comatose patient virtually abandoned by his family. This debut novel is wickedly good with a fabulous starring character in Korede. It’s funny, evocative, and poignant (the overpowering presence of her brutal philandering father is palpable) and shows just how strong the bond between sisters can be. My Sister the Serial Killer is published by Atlantic. 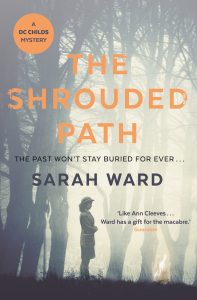 and revenge lie at the heart of Sarah Ward’s latest book which sees the return of Detective Constable Connie Childs. At the heart of the story is a mysterious disappearance in 1957, when a group of six schoolgirls are seen entering a long railway tunnel but from which only five emerge. The story swings to more than 50 years later where Ward presents it as parallel perspectives. First, that of Childs and the police team (and it is more of a team effort than lone cop) whose investigation of a seemingly natural death turns into something more complicated and sinister when another body turns up. And second, there is that of Mina Kemp, entreated by her dying mother to “find Valerie.”  Both eventually intersect. The Shrouded Path (published by Faber & Faber) is a satisfying police procedural, light on the blood and chases, relying instead on careful, sensible plotting and emotive descriptions. For me there was the added bonus that the setting was Derbyshire’s Peak District both staggeringly beautiful and jaggedly bleak, and where I spent my very happy teen years. 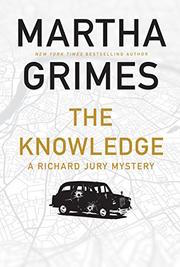 The Knowledge by Martha Grimes: It all begins when a courteous gunman hijacks London cabbie Robbie Parsons after witnessing the murders of an astrophysicist (and hard core gambler) and his beautiful wife. Before dropping the man off at Waterloo Station he enlists the help of the black cab network including the diminutive Patty Haigh who manages to finagle a ticket on the same flight to Dubai as the assassin. Meanwhile, Detective Superintendent Richard Jury enlists his former cohorts Melrose Plant, who is sent to Nairobi, and antiques dealer Marshall Trueblood on the ground in London, to help him solve the mystery. The fast moving trail takes the reader to African gem mines, a 10-year old shooting in an American casino, and a pub that only drivers of London’s famous black cabs who have “the knowledge” can locate. The Knowledge is hugely entertaining even if you do have to suspend belief several times and there’s an abundance of coincidence. But Grimes’s sense of whimsy is part of the charm and what has made her one of the most popular crime writers. Last time I hopped a London black cab I asked the driver if there really was a pub called The Knowledge. He said he’d never heard of it. But he would say that, wouldn’t he.