GETTING AROUND: Stockholm is made up of a necklace of 14 islands linked by 54 bridges. But much of what’s popular with visitors lies in the neighbouring suburbs of Norrmalm, Ostermalm, Djurgarden, Sodermalm and Gamla Stan. Getting around is easy. Many attractions (including the beautiful waterfront area) are within walking distance of each other. There are good cycleways and an efficient bus and underground system and boats and ferries that offer cruises around the city or to nearby islands. Tip: Watch out for the funky art at many of the underground stations. 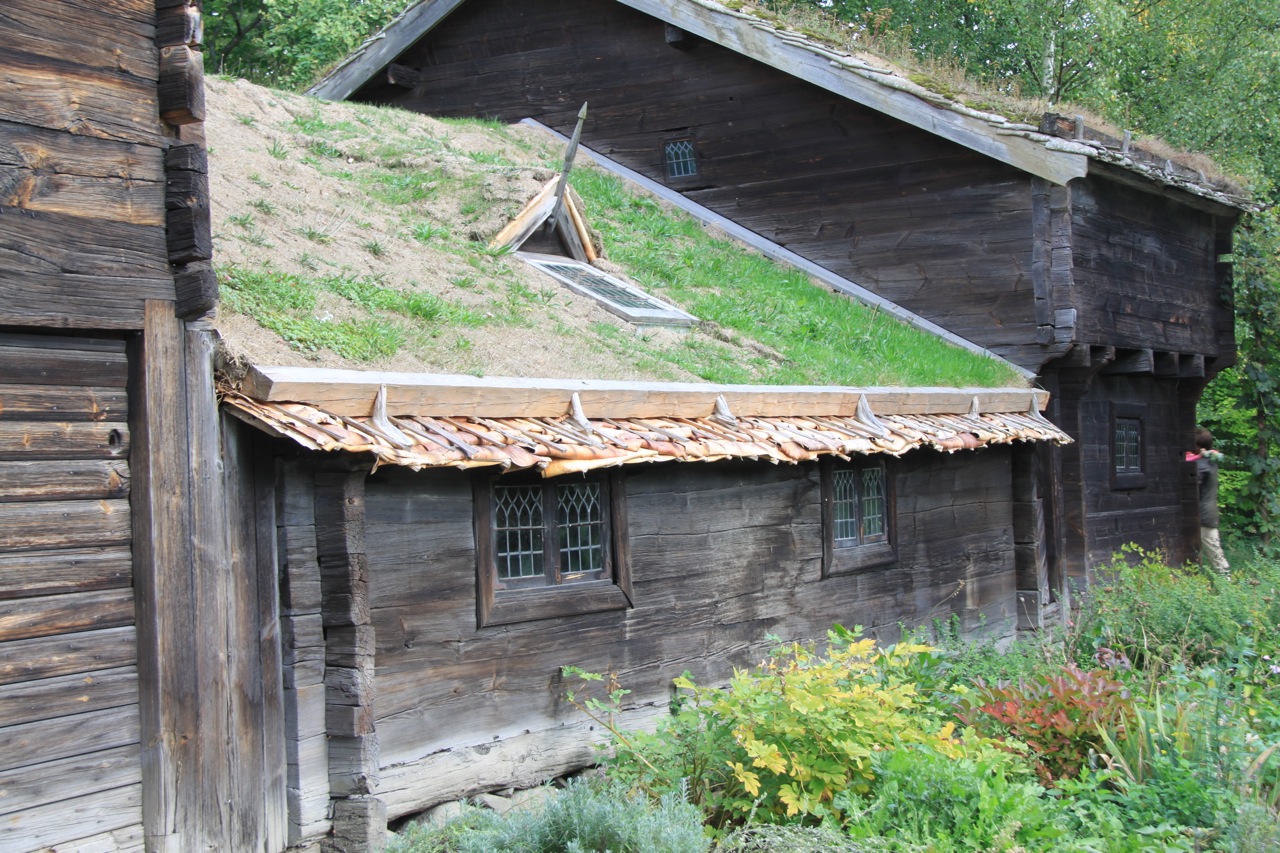 museum on Djurgarden. This site has more than 150 historically significant buildings, mainly from 16th-18th centuries, brought to the site from all over the country. They are grouped so you can get a real picture of city, village and farm life. Wander through a traditional Sami camp, a working 17th-century farm, formal 18th-century grand house and gardens, visit schoolhouses and beautiful country churches. Volunteers demonstrate crafts such as baking bread, sewing or making pots and there’s often live music. Included is a small zoo that houses some of the native wildlife such as moose and wolves. There are lots of good picnic spots, several cafes and restaurants. Tip: Nearby is the southern end of the Royal Djurgarden Nature Preserve, a 10km green swath of city park. 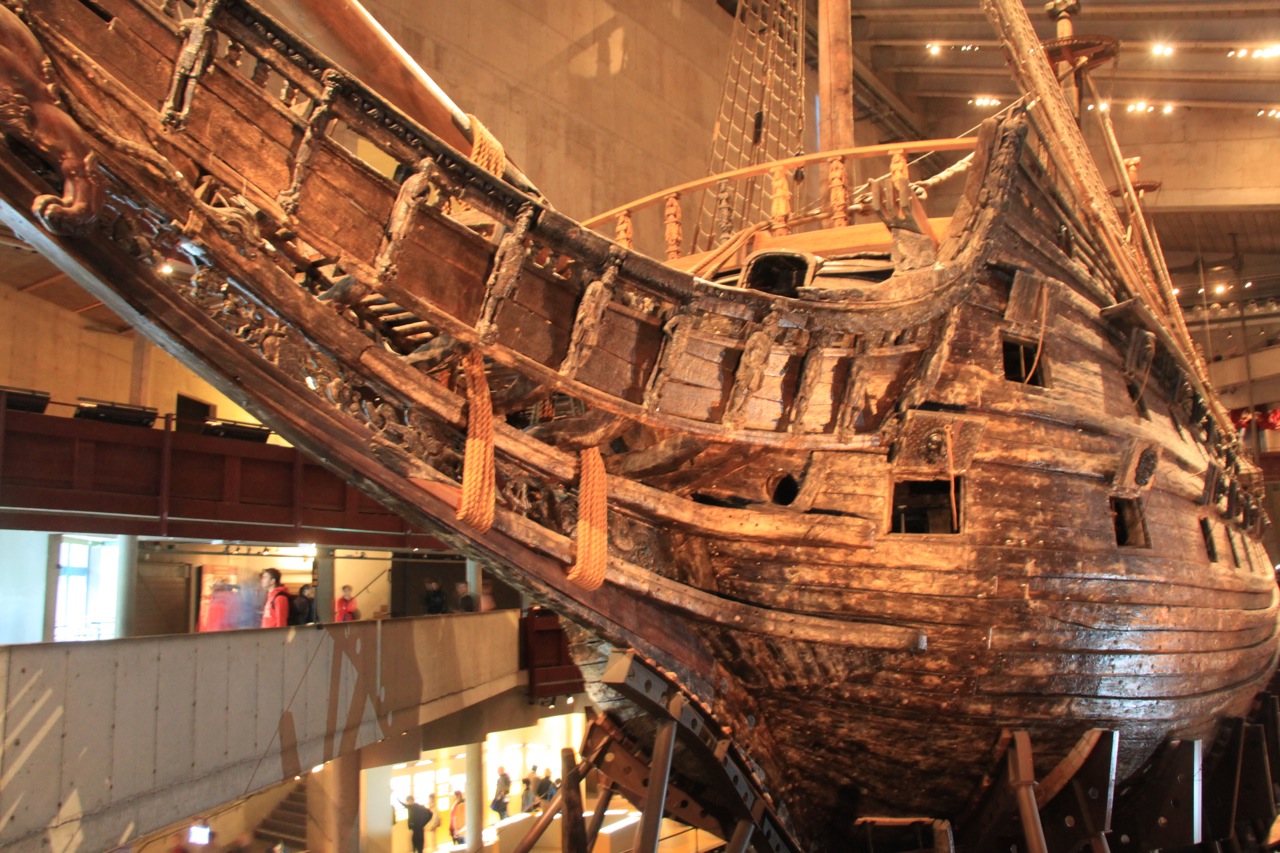 The Vasa is proof that a total disaster can be turned into a raging success. The 17th-century state-of-the-art warship commissioned by the king and armed with 64 cannons, ignominiously sank just 1.3km into its maiden voyage (generally believed to have been caused by a second row of cannons being added). For centuries it lay deep in the mud before being salvaged, restored and given its own museum (vasamuseet.se/en) next to the Nordic Museum on Djurgarden. More than 95 per cent of the ship is original and includes sculptures and paintings. It’s an awesome sight complemented by clever hi-tech displays. Tip: Make time to see the free film. 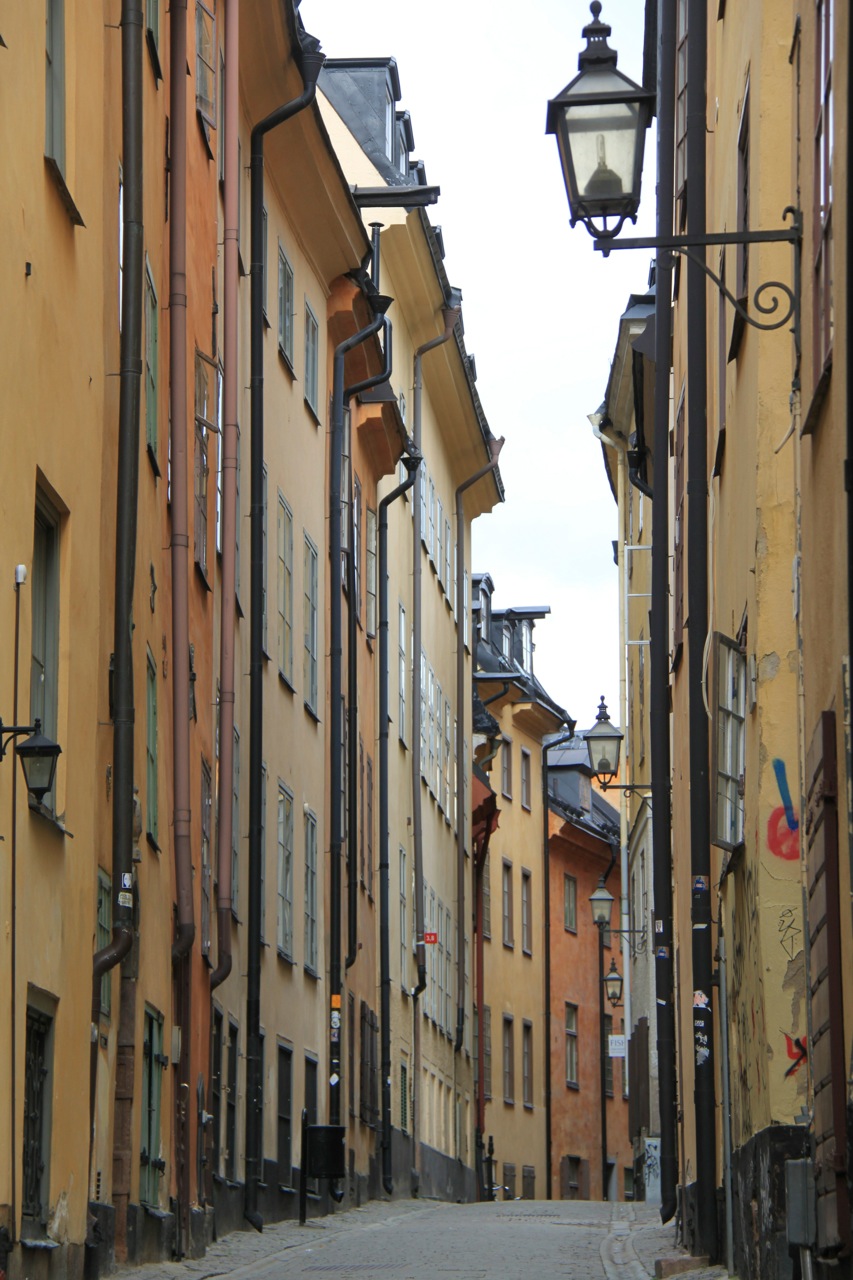 alleyways and the historic traditional buildings that make up Gamla Stan, Stockholm’s old town. Prastgatan Lane is particularly interesting with its original 15th-century winches used by the merchants to reach upper warehouse levels. At the area’s heart is Stortorget the charming and colourful main square with its elegant gabled buildings and ornate well that provided the town’s original water supply. The Nobel Museum is close by. Tip: The historic Lady Hamilton Hotel, just off Stortorget, is full of antiques and memorabilia.

You are seriously spoilt for choice when dining out but can usually guarantee your food to be fresh and locally produced. Mid-morning it’s 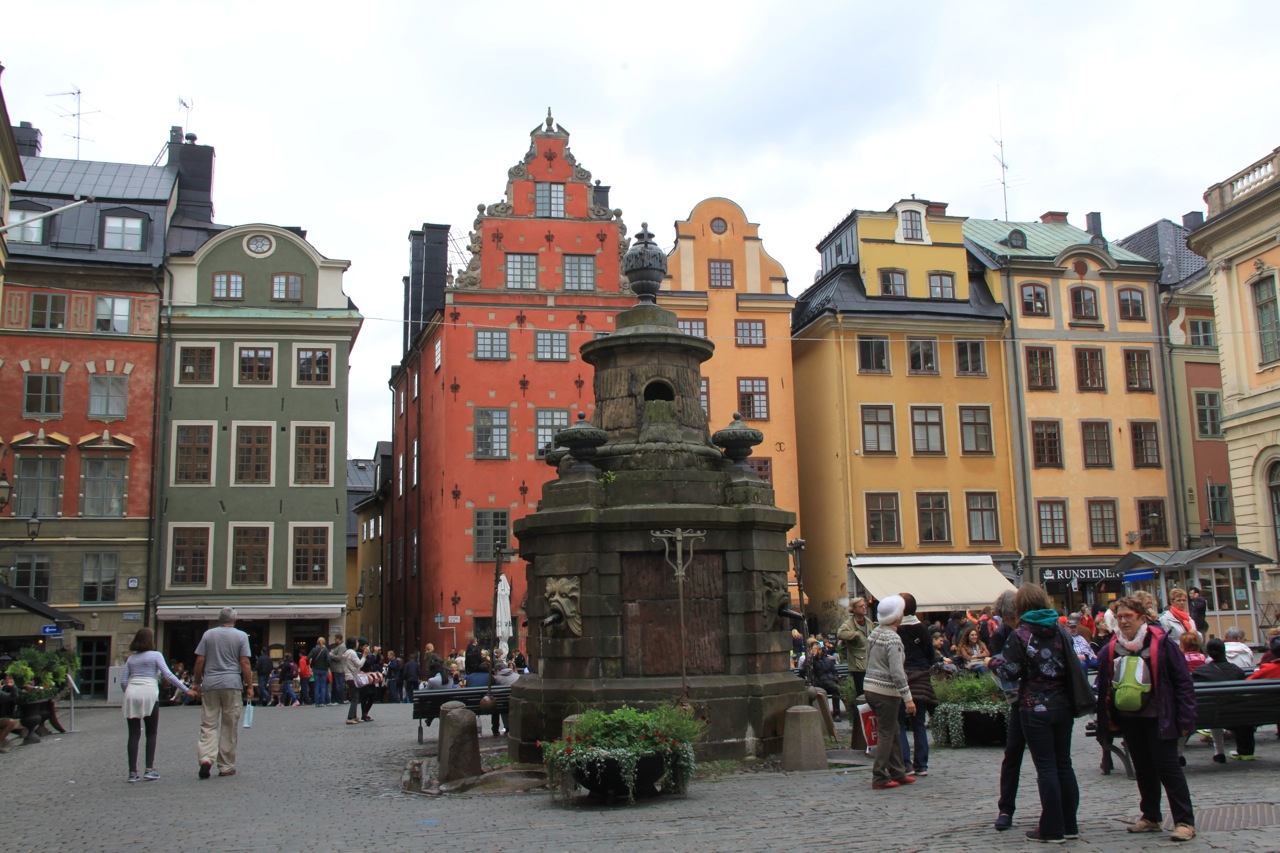 obligatory to have the traditional fika – coffee and a delicious pastry. For lunch try tapas scandi-style (think moose, herring, lingberries) on one of the converted wooden boats moored along the elegant Strand or one of the specials at the Grillska Huset perfectly positioned to people-watch in Gamla Stan’s main square. It’s run by a charity that supports the poor. The smorgasbord is essentially Sweden’s national dish and the Veranda restaurant at The Grand Hotel is the place to enjoy it. They take it so seriously you get a detailed set of written instructions for the gastronomic journey. The message in a nutshell: You’re in for the long haul. Pace yourself. Tip: The historic market Saluhall on Ostermalmstorg Square is foodie heaven. Buy and take away or eat at one of the small food bars.

Stieg Larsson’s Millennium series of books about the tattooed techie-turned- avenging-angel Lisbeth Salandar is not just an international literary success, it has become a major drawcard for Stockholm. The City of Stockholm Museum has a huge display of Larsson memorabilia. There are guided tours or you can DIY using the “trail” guide, which takes you around sites mentioned in The Girl with the Dragon Tattoo and its sequels. Most are in the working class but up-and-coming Sodermalm. Tip: Have dinner at Kvarnen, the atmospheric beer hall-style tavern where Lisbeth used to hang out. 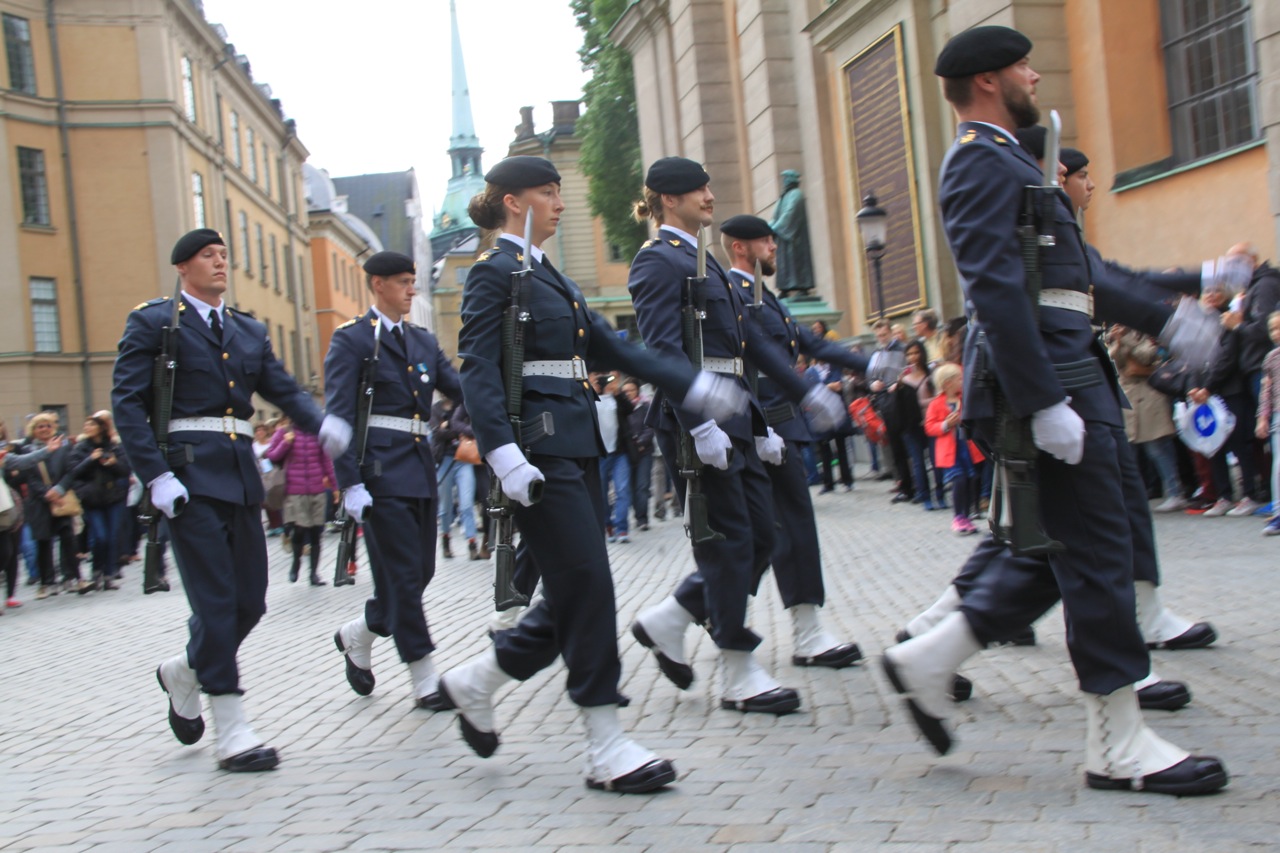 The Swedish Royals lead a pretty down-to-earth life but the trappings of rank are still very impressive. The Royal Palace dominates Gamla Stan and has a fine view out over the water. Inside it’s very grand but rather bland. However, the Royal Armory is a standout. It’s a different story at Drottningholm Palace, the family’s official residence, a bus or boat ride away at Lovon. It’s a splendid 17th-century waterfront building lavishly decorated with paintings, murals and furniture. There is a baroque theatre and extensive grounds with sweeping promenades past statues, fountains and topiary. When the royal family is in residence much is off-limits. Tip: The daily changing of the guard at the Royal Palace is a mix of grim-faced military discipline and pure theatre.

Tucked away in a quiet corner of Gamla Stan is Stockholm Cathedral, the oldest parts of which were consecrated in 1306. Pass through its doorway and you find yourself literally walking on history. Much of the floor is actually elaborate gravestones shiny from millions of footsteps passing over them. There are treasures at every turn. For example, on one side of the silver altar there’s an imposing wood sculpture of St George and the Dragon, on the other a 15th-century seven-branched bronze candelabra. Tip: Listen out for the carillon from the nearby German Church, which has been sounding four times a day since the mid-17th century.

Take to the water for a different perspective of Stockholm and surrounding area. A 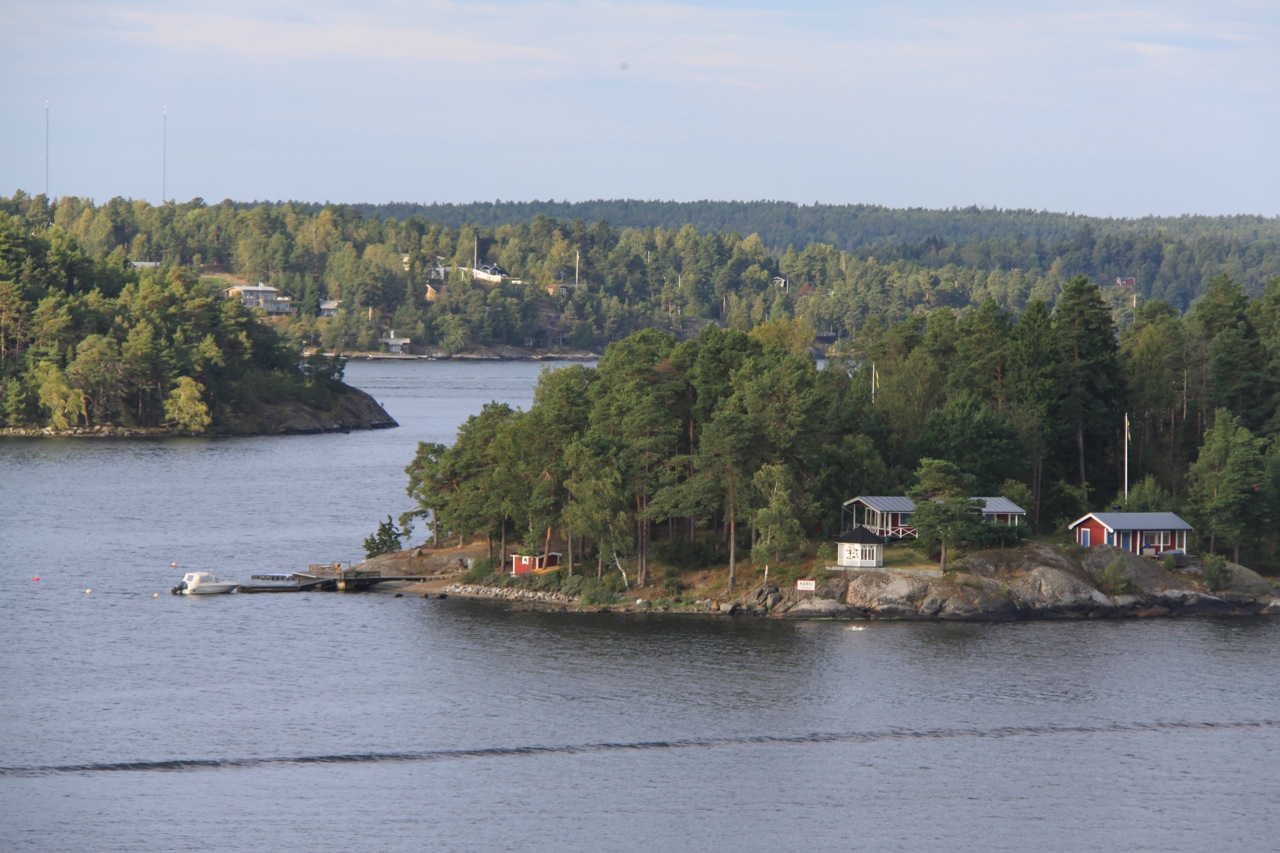 varied flotilla leaves from the end of the Strand every day. One of the full-day tours is called a Thousand Island Cruise. We spent a happy couple of hours doing a huge loop that took us under bridges, through canals, cruising alongside historic wood sailing vessels, past beautiful landscaped shoreline and right into the heart of the city. Tip: Arriving in Stockholm by boat (from Helsinki) is a treat weaving through a galaxy of islands dotted with brightly coloured wooden cottages.

There are regular ferry links between Stockholm and Helsinki and air links with most European cities. MORE Visitsweden.com, visitstockholm.com. Several attractions have limited opening times in winter.