ON Australia Day 2007, the Macquarie Dictionary launched a small survey from its website of what may be thought of as some traditional Australiana in Australian English, just to test the waters. The list comprised items I thought would have gone out of favour (the traps for “the police”, cove for “a person”), others that I thought were borderline and doubtful (shickered for “drunk”, troppo, bonzer, beyond the black stump) and others I thought might surprise us (fair dinkum, furphy, lurk). In the end, this impressionistic survey seemed to show that, as we suspected, the bush is clinging to traditional Australian English whereas the city is shedding it. There was general support from the bush in the middle age group (18-25) for Australiana such as cocky, billabong, the mallee, fossick, bludger, wowser, beyond the black stump, lurk, brass razoo, cobber, battler, troppo and galah, all of which received less support from the same age group.

Items that were definitely out were shickered, cobber and sleep-out, and items that were really doubtful were new chum and spinebashing. There did seem to be a surprising amount of support for fair dinkum, bonzer, furphy and wowser, although it has to be said that in the comparison between those under 17 and those over 60 (where differences were much sharper) the under-17s denied all knowledge of furphy and gave very limited support to wowser. I had expected them to turn their backs on fair dinkum as well, but it was not so. Still, this was a very broad and unsubtle survey and did not allow them to register ironic use. I expect the pattern to be still very much the same.

This edited extract is from The Aitch Factor by Susan Butler, published by Macmillan Press. Susan Butler is editor of the Macquarie Dictionary. 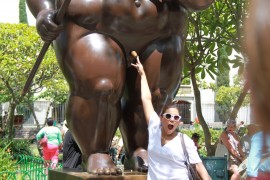