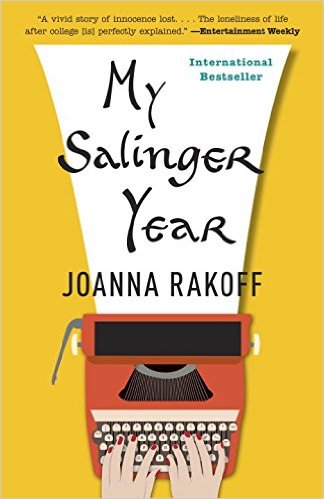 Her boss, who protected Salinger with the cunning and ferocity of a she-wolf lays down the very strict rules about how to deal with anyone seeking any contact with their most famous author: “ … you must never never never, give out his address or phone number. Don’t answer their questions. Just get off the phone as quickly as possible … never ever ever are you to give out his address or phone number.”

Salinger’s books, particularly Catcher in the Rye and to only a slightly lesser extent Franny and Zooey and Nine Stories, were like lightening bolts to the collective nerve of readers around the world. The phone calls were ceaseless, wheedling, occasionally threatening, each seemingly convinced that Salinger would be as enamored by a relationship as they were. Letters tumbled in by the sack full all supposed destined to receive the same stock response: “Many thanks for your recent letter to J. D. Salinger. As you may know Mr Salinger does not wish to receive mail from his readers. Thus, we cannot pass your kind not on to him. We thank you for your interest in Mr. Salinger’s books. Best, The Agency.”

And it is these letters that provide the most delightful strand running through Rakoff’s book. And of course, she can’t help herself. Every once in a while she has a secretarial melt down and sends a reply in her own voice. Rarely does it prove a success. Apparently Rakoff later made a radio documentary with the BBC about her quest to make contact with the writers of her favourite Salinger letters.

My Salinger Year is more than just a series of amusing anecdotes about dealing with one of the world’s most famous authors. It’s also a witty and sometimes sad glimpse inside the threadbare existence of a young woman besotted with books caught up in a haphazard personal relationship that when they drift apart make her question whether they were ever really together.

It gives a fascinating glimpse into the workings of the publishing industry on the cusp of its plunge into the digital age with its contradictory priorities. And casts new light on a man who was never anything less than good humoured and pleasant. But who wrote about loss with such poignancy that eventually he had to cut himself off from his legions of followers because he could no longer bear the burden of their shared emotion.

My Salinger Year by Joanna Rakoff is published by Bloomsbury. Rakoff is a journalist, poet and author. Her book A Fortunate Age won the Goldberg Prize for Fiction.