I’ve got a lot of catching up to do. Somehow, despite her phenomenal success

internationally, I had never read one of Liane Moriarty’s books until picking up her latest, Big Little Lies. The setting is parochial, centering around the Pirriwee Public School on Sydney’s affluent north shore in Australia and the parents, of the children who go there. In particular she focuses on Madeline, just turned 40 with a penchant for designer clothes, re-married to the dependable Ed and with a but trying to deal with her former husband moving back into the area with his new wife and young daughter; Celeste the beautiful mother of twin boys leading an idyllic life married to a wealthy entrepreneur; and down-to-earth single mum Jane, a newcomer to the area who won’t identify the father of her son, Ziggy, and whom Madeline adopts into her group. Lining up across the playground are the opposing faction, the “blonde bobs”.

It would have been easy to fall into parody and clichés when describing the women but Moriarty’s characters are nuanced and believable. Although she says she has not based any of them on people she knows everyone who reads Big Little Lies will have met at least one of them as she stood waiting to collect her children from school.

With piercing realism and a wry sense of humour Moriarty lays bare the factions, petty jealousies, bullying (and not just amongst the children) and power plays (again, not just among the children). On its own, that’s a rich environment for a writer. However Moriarty gradually takes the reader deeper and deeper into the underworld of domestic violence, with its skewed logic of trade-offs – violence for lifestyle, beatings for security – and insidious generational impact.

The action jumps from before, during and after, the annual trivia night where parents have to come dressed as Elvis Presley or Audrey Hepburn and someone has made a serious miscalculation with the recipe for the complimentary cocktail. It’s a structure that can be irritating and hard to follow but Moriarty smoothly transitions between the three losing none of the tension or surprise.

Big Little Lies went straight to the top of the New York Times Best Seller List when it was released and Nicole Kidman and Reese Witherspoon are collaborating to turn it into a TV series. Her previous book, The Husband’s Secret, has been translated into almost 30 languages, also topped the NYT list and, like her earlier book What Alice Forgot, is being made into a film. Yet surprisingly, she has only really just begun to be widely known and appreciated in her native Australia.

In a recent interview in The Australian, Moriarty’s Australian publisher and friend, Cate Paterson from Pan Macmillan, says she was mystified that Moriarty had not been lauded in Australia. “It is a strange thing that Australians need to see that something is successful overseas before they will accept it,” she says. “I have always torn my hair out that she hasn’t exploded here like she has in America.” I can’t believe that Big Little Lies won’t spark that explosion.

Big Little Lies by Liane Moriarty is published by Pan Macmillan. Other books by Moriarty are The Husband’s Secret, What Alice Forgot, Three Wishes, The Last Anniversary and The Hypnotist’s Love Story 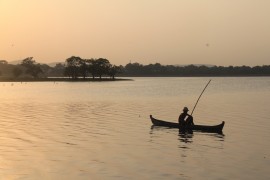