Women writers, and independent publishers, continue to dominate the International Booker Prize with the 2020 short list, which has just been announced 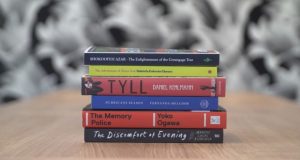 digitally for the first time because of the Covid-19 Pandemic The novels have been translated from five languages Japanese, Spanish, German, Danish and Farsi and the authors represent six countries.

According to Ted Hodgkinson, chair of the judges: “Each of our shortlisted books restlessly reinvents received narratives, from foundational myths to family folklore, plunging us into discomforting and elating encounters with selves in a state of transition.” “Whether capturing a deftly imagined dystopia or incandescent flows of language, these are tremendous feats of translation, which in these isolating times, represent the pinnacle of an art-form rooted in dialogue. Our shortlist transcends this unprecedented moment, immersing us in expansively imagined lives that hold enduring fascination.

The International Booker Prize is awarded every year for a single book that is translated into English and published in the UK or Ireland.  The winner will be announced on May 19th. The contribution of both author and translator is given equal recognition, with the £50,000 ( $AUD101990) prize split between them. Each shortlisted author and translator will receive £1,000 ($AUD2039.

The short-listed novels are:

The Enlightenment of the Greengage Tree by Shokoofeh Azar, translated by Anonymous from Farsi (Europa Editions). The narrator is the ghost of a 13-year-old girl fleeing Iran during the 1979 Revolution. Azar was born in Iran and moved to Australia as a political refugee in 2011. The translator of her novel is not identified for security reasons. The Judges said: “A wild, humorous revisitation of Persian myths and fables, filled with brutal scenes of contemporary life. A ghostly portrait of a family caught in the abject violence of political unrest.

The Adventures of China Iron by Gabriela Cabezón Cámara, translated by Iona Macintyre and Fiona 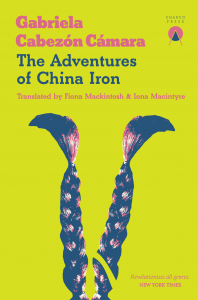 Mackintosh from Spanish (Charco Press). This is a re-reading of an iconic gaucho story through a feminist lens. Gabriela Cabezon Camara is one of Latin America’s leading figures in Latin American literature and feminism   The judges said: “A feminist reading of 19th-century foundational myths, the brutality and beauty of rediscovering an already devastated world. This must have posed an enormous challenge to the translators, one they have faced with inventiveness and poise.”

Tyll by Daniel Kehlmann, translated by Ross Benjamin from German (Quercus). The story of a German jester as he travels through Europe during the 17th century 30-years-war and the fascinating and scary people he meets along the way. Kehlmann is a best-selling author of eight novels and Tyll is to be released as a TV series. The judges said: “This novel travels with the currents of history. In its cycles of brutality and violence,

Hurricane Season by Fernanda Melchor, translated by Sophie Hughes from Spanish (Fitzcarraldo Editions) Debut thriller written by Mexican writer and journalist inspired by the murder of a woman in rural Mexico. Melchor exposes a brutal world of poverty and sexual terrorism.  The judges said: “In a propulsive translation, the eight paragraphs of this novel spiral down through layers of violence, corruption and desire. A novel of hellacious force.” 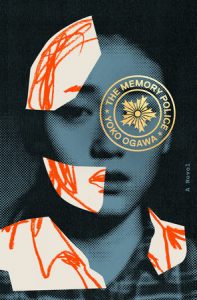 Ogawa is one of Japan’s most lauded authors having won every major prize in the country. The Memory Police was originally published in 1994 but only recently translated into English. It is set in a future dominated by mass surveillance where fascist police force ransacks the community forcibly removing the last tangible evidence of forced erasures. The judges said: “Originally published in the 1990s, this novel speaks directly to the amnesiac present: a world in which things disappear, then the memory of things themselves, in affectless prose that mirrors this erasure.”

The Discomfort of Evening by Marieke Lucas Rijneveld, translated by Michele Hutchison from Dutch (Faber & Faber) Rijneveld is one of the youngest finalists in the competition, a well-known poet this is a debut novel. A tragic accident tears apart the dark world of a Netherlands Reformed farming family, told through the eyes of an 11-year-old girl. The judges said: “Rijneveld’s language renders the world anew, revealing the shocks and violence of early youth through the prism of a Dutch dairy farm. The strangeness of a child looking at the strangeness of the world.”

The titles on the 2020 long list that didn’t go on to the final selection were:

The Other Name: Septology I-II by Jon Fosse, translated by Damion Searls from Norwegian (Fitzcarraldo Editions)

Faces on the Tip of My Tongue by Emmanuelle Pagano, translated by Sophie Lewis and Jennifer Higgins from French (Peirene Press)

Mac and His Problem by Enrique Vila-Matas, translated by Margaret Jull Costa and Sophie Hughes from Spanish (Harvill Secker) 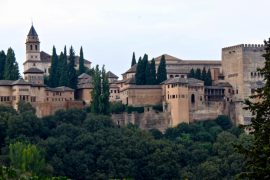 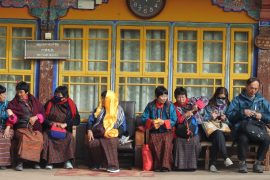