It was agonising trying to whittle down a top 10 books from the more than 100 novels, 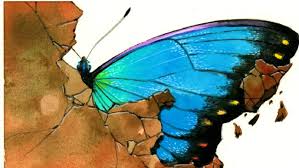 collections of short stories, non-fiction and poetry that have provided endless hours of pleasure in 2015. Books flowed on to and off the list like waves on a beach until 2016 was knocking on the door and there was no time left for any more procrastination. So here is the final list, and the ten runners-up.

The Fishermen by Chigozie Obioma (Scribe); Rarely has a debut novel been more boldly

Shakespearean in its scope.  Short-listed for the Booker, but, in my mind, it should have been the winner.

Thirteen Ways of Looking by Colm McCann (Bloomsbury); Profound, empathetic, McCann beautiful language is seen here at his absolute best with this title novella about an elderly judge and the three other shorter

Preparation for the Next Life by Atticus Lish (Tyrant); Unsettling, harrowing story about a returned Iraq war veteran and an illegal Chinese migrant. You know it’s not going to end well but you can’t take your eyes off the story for a minute.

One of Us by Asne Seirstad (Virago): No hyperbole, no guesswork or assumption, just a chillingly forensic analysis of the massacre in Norway by Anders Brevic.

Waiting for the Past by Les Murray (Text): Breathtakingly brilliant new collection from Australia’s finest poet that weaves together themes like waste, fecundity and old age into a glorious swirling experience.

Station Eleven by Emily St John Mandel (Picador); A plague has killed more than 90 per cent of the humans in the world but Mandel expertly weaves what is essentially a story of op manages to create a n optimistic  out of the apocalypse.

Submission by Michel Houellebecq (Heinemann); Released just days before the attack on the Charlie Hebdo office Submission is a subtle, absorbing, discomfiting satire on the changing forces changing our society.

One Life by Kate Grenville (Text): Fictionalised biography of her mother told with

compassion and  by the author of phenomenally successful The Secret River about the early settlement of Australia.

Fates and Furies by Lauren Groff, (Riverhead); Tender, often funny dissection of marriage through by zeroing in on the life of Lancelot Satterwhite, a man destined for greatness, and his wife Mathilde seemingly content to help him achieve it.

Honorable mentions: Hear the Wind by Haruki Murakami (Harvill Secker); Between the world and Me by Ta-Nehisi Coates, (Text); The 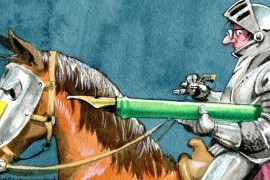 Eight books I intended to read in 2015, but somehow didn’t get around to
Review: Dead Joker from the ‘Godmother’ of Norwegian crime, Anne Holt
Navigate
Follow