A new chapter in the on-going stoush between on-line retailing giant Amazon and the French publishing house Hachette, opened this week with Hachette boss Michael Pietsch (left) hitting back at accusations that the company is pushing up prices for e-books. “Hachette sets prices for our books entirely on our own, not in collusion with anyone,” Pietsch said in a letter to be sent to anyone who emails him (which may be quite a few after Amazon published his email address). “This dispute started because Amazon is seeking a lot more profit and even more market share, at the expense of authors, bricks and mortar bookstores, and ourselves,” he continued.

Hachette is America’s fourth largest publisher releasing about 1000 titles a year from authors such as Michael Connolly, Robert Galbraith (aka J.K.Rowling), Scott Turow, James Patterson and David Foster Wallace. Earlier this week more than 900 authors  who are not published by Hachette, including some of the biggest names in the literary world, signed a letter which was issued as a full-page newspaper advertisement. It urged Amazon to stop the battle which has seen it reduce its stock of Hachette books and refuse to take pre-orders for any author that is edited by Hachette.

Amazon says it wants to set a $US9.99 ($A10.80) price for most e-books, compared to $US12.99 to $US19.99 currently. It argues that e-books are much less expensive to make and distribute than traditional printed books. It has proposed a deal which would give 35 per cent of e-book revenue to authors, 35 per cent to the publisher keep 30 per cent. But in his letter, Pietsch said he sets e-book prices at “far below” corresponding print book prices thus reflecting savings in manufacturing and shipping. Watch out for the next thrilling instament. 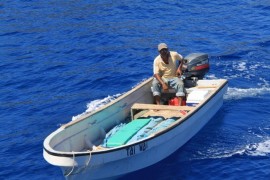