Elizabeth Strout’s new novel, My Name is Lucy Barton is set in the mid 1980s where Lucy, a writer, has spent weeks in a Manhattan hospital recovering from a mysterious persistent infection. Her husband struggling to cope running their home and looking after their two young daughters, as well as with his job, unable to visit regularly. She is well cared for, particularly by the rather sad but fatherly doctor, but finds herself increasingly diminished by the nebulous nature of her illness, and her isolation.

Then, one afternoon, she wakes to see her mother seated on a chair at the end of her bed. It is completely unexpected. They have not seen each other for years, nor kept regular contact since her marriage. Her mother has never visited New York. Never been on a plane, nor even travelled in a taxi. But she has come and for five days she sets up camp at the end of Lucy’s hospital bed. Together, they give the nurses silly nicknames and gossip about the people she grew up amongst in the tiny isolated rural town in Illinois, where her parents still live. They were profoundly poor, Lucy and her siblings emotionally and intellectually deprived. But to Lucy, who has been mentally and physically isolated from her past, there is emotional sustenance just in the sound of her mother’s voice and the stories of her past.

“She talked in a way I didn’t remember, as though a pressure of feeling and words and

observations had been stuffed down inside her for years, and her voice was breathy and unselfconscious. Sometimes I dozed off and when I woke I would beg her to talk again.”

The stories of Lucy’s childhood, revealed through her mother’s words and through her own memory, are acutely visceral and moving, enhanced by Strout’s masterful sculpting of silence. Strout gives us a relationship between mother and daughter that is beautiful, nuanced and uplifting. To me, she is one of the finest writers, and story-tellers, around.

My Name is Lucy Barton by Elizabeth Strout is published by PenguinRandomHouse. Her previous novel Olive Kitteridge won the Pulitzer Prize and was made into a successful television series starring Frances McDormand. Her other books are The Burgess Boys, Abide With Me and Amy and Isabelle. 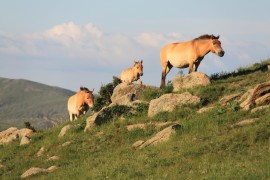