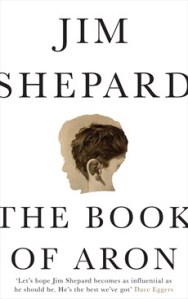 Everything in Aron’s life is about making do. A young Jewish boy growing up within the ever tightening noose that had been placed around the Warsaw Ghetto he’s unhappy and morose. He is struggling to fit in, within his own family and within the wild sometimes brutal networks of children frequently left to their own devices on the streets.

Jim Shepard‘s The Book of Aron takes us deep into the organised misery that was the ghetto. Aron and his gang, particularly his friend Lutek, steal and scavenge, at first to be rebellious in a world where the normal constraints of childhood have all but disappeared. But eventually it becomes a necessity to help their families, and particularly themselves, survive. They learn to operate within, and sometimes successfully manipulate, the brutal hierarchy that administers and enforces life in the ghetto. Corruption is a way of life. The Judenrat, the Jewish organization charged by the Nazis with administering the ghetto, proved often as dangerous to deal with as the Germans. Those with even the most modest level of power use it to prey on the less fortunate.

Operating with within this anarchy is Dr Janusz Korczak who is caring for 200 children in his ghetto orphanage, steadfastly manipulating what residual guilt remains in the non-Jewish community to scrape together funds. As Aron’s own family disintegrates resulting in days spent wandering the streets, nights “wedged into crannies like a spider” he is rescued by Dr Korczak and absorbed into the orphanage. Haunted by his betrayal of a friend and after a lifetime “always without a plan” Aron becomes obsessed with the need to save the doctor. But in a world where so many are forced to survive by living only for themselves, the doctor refuses to be saved unless all his children can escape with him.

Shepherd’s descriptions of this multilayered city within a city are particularly powerful. Stark and unembellished they reveal the chronic conditions that have become the fabric of his characters’ lives, the hunger, dirt, cold, disease, over-crowding, constant upheavals, fear and randomness of death. Indeed there is something deeply moving in Shepherd’s deceptively calm tone; his matter of fact evocation of the everyday struggle for existence becomes is far more overwhelming than many other author’s more overt descriptions of the unbelievable living horror.

The Book of Arun by Jim Shepard is published by Hachette Australia. He is a past finalist for the National Book Award for fiction.

Counting the days to Sydney Writers Festival
The buzz was right, Laline Paull’s The Bees is a great read 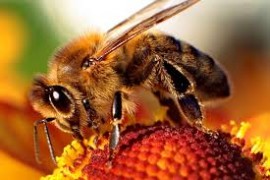