As with travel, a great deal of the pleasure of book festivals lies in the planning. Hours can be whiled away pouring over brochures or web sites, drawing up timelines and bemoaning a clash of favorites. And as the almost final decisions take place there is that delightful frisson of anticipated pleasure followed by a flurry of preparatory reading.

Sydney Writers Festival, which kicks off next week, has grown from a rather modest, largely parochial affair, to a weeklong extravaganza with such variety of offerings that have earned it an international reputation. Although there are sessions spread around the city the main venue is the Walsh Bay precinct with its awesome outlook over Sydney Harbour. There is a constellation of internationally recognised guests from Australia and way beyond. Home grown talent like Booker prize winner Richard Flanagan, Helen Garner, Kate Grenville are among the highlights along with overseas guests such as David Miller, David Walliams, Claire Tomalin and James Patterson. All in all there are almost 300 sessions ranging from individual author interviews to sessions on subjects as diverse as storytelling, gender prestige, the rules of seduction in screenplay, pandemics, narcissism and secrets from the kitchen.

So what’s top of my list this year: Joan London talking about her wonderful evocative

The Golden Years; David Miller (Bone Clocks); Storytelling with Amit Chaudruri (Odysseus Abroad) and Mark Henshaw (Snow Kimono); Helen Garner, Emily St John Mandel (Station 11); Stories that defined a Decade with Nick Davies, who has written extensively about the phone-hacking scandal in the UK, Asne Seierstadt (One of Us about Anders Breivik and the massacre in Norway) and Christina Lamb (My Year with Malala about

After analysing my selection (and they’re just the ticketed sessions there are other opportunities for ‘walk-ins”) it is clear my choice was based on two factors: in a few cases it was simply the opportunity to hear authors talking about their works I have loved and admired. But in others, I am looking forward to the authors teasing out issues like what made them choose their subject, writing about real-life events and, perhaps most interesting, how writers reconcile fiction within the context of real historical events.

A columnist writing in a newspaper over the weekend bemoaned the absence of “Big” names and mentioned going to the festival several years ago and was particularly impressed at rubbing shoulders with Peter Carey and Paul Auster. If Sydney had hooked a superstar like Haruki Murakami I’d probably been one of those climbing over little old ladies to grab a ticket. But I think it is a sign of weakness not success if just one one or two big names overshadow depth and breadth in a festival line-up. I guess the proof will be in The Magic Pudding (apologies to non-Aussies who didn’t have the pleasure of growing up on Norman Lindsay’s classic) when we dig in next week. Personally, I can’t wait. 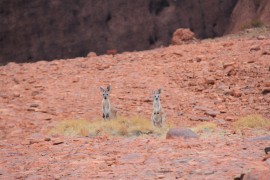