Harry Fox Talbot has become famous recasting local folk songs to create spectacular new classical musical works. But emotionally crippled by the loss of his wife, he exists in miserable solitude in Hartgrove Hall, the Dorset home in which he and his brothers had grown up. One day, desperately trying to entertain his troublesome four-year-old grandson, Robin, he opens his piano and the boy reveals an extraordinary inherent understanding of the complexity of music, and a prodigy’s dexterity in playing. Teaching Robin breathes new life into Harry, reconnecting him with the world he had abandoned and forcing him to face long passed demons.

Solomon transports the reader back and forth in time between the present and the post-war years when the three Fox-Talbot brothers had first returned to Hartgrove Hall ”submerged in lonely and silent anxiety at the prospect of our reunion.” They find the historic house, which had been commandeered by the military during the war, even more dilapidated. And the social world that existed prior to the war is crumbling with the house. There is nothing genteel about their poverty.

Their distant father, brusque and unyielding, tethered by his class and social prejudices

, gives the brothers a year’s reprieve to find the funds to refurbish the house or he will destroy it and sell the land. But whilst he and George devote themselves to the task, to Fox’s disappointment Jack, the popular oldest brother, disappears for long periods. He seems to care little for his inheritance instead arriving with a steady stream of “rose-scented popsies” home. Until the day he is accompanied by Edie, a famous wartime singer, and England’s sweetheart. The 18-year-old Fox is instantly smitten particularly when she enthusiastically accompanies him into his world listening to and recording Britain’s rich cultural history through folk songs. But this is the girl Jack has declared he is going to marry.

Slowly, as we move backwards and forwards through the passing years, we learn more about Fox’s illustrious career and the ego-driven world of classical music, his marriage, George’s infatuation with rehabilitating Hartgrove Hall, and the chasm left by the loss of Jack.

Soloman’s previous book was the internationally successful Mr Rosemblum’s List and The Song Collector has the same charming, slightly surreal feel to it. However, at its core is the coldness of alienation and the things people will do to cope with the changing world around them.

If I have a quibble with The Song Collector it is that I would have enjoyed more detail about the gathering of the songs and Fox’s process of transforming them into an art form that preserves them and history. However if, like me, you’re curious you can find more information on www.songmap.co.uk. This is a site Solomon has set up with some friends to try and collect local songs from all across the country inviting community contributions.

The Song Collector by Natascha Solomons is published by Hachette Australia. Previous books are The Gallery of the Vanished, The Novel in the Viola and Mr Rosenblum’s List. 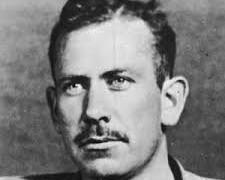