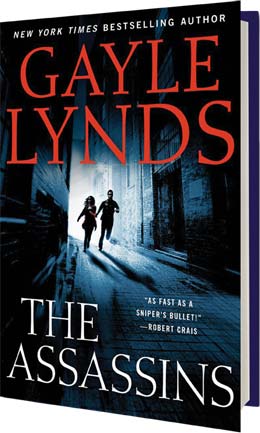 There may be no honour amongst thieves but it seems there’s quite a lot of respect amongst professional killers particularly the group of world’s best, brought together in the pages of Gayle Lynds new thriller, The Assassins. Not that respect can guarantee you a long life or even a dignified death.

You need to be paying attention while reading The Assassins which is the seventh thriller by the award-winning writer who also worked with Robert Ludlum on three of his top-sellers. The action zips around the world with the speed of a $50million private jet and almost nothing is what it seems.

Judd Ryder, a former US military intelligence officer, and his ex-girlfriend, CIA trainee Eva Blake, seem set to become collateral damage in a winner-takes-all conflagration between six of the world’s most successful assassins. Someone is manipulating the men forcing them to fight it out or risk having their decades of very dirty laundry aired in public. The key is  a priceless artifact looted by Saddam Hussein and divided up amongst the Assassins. Only the best of the best gets to stay alive and pocket the prize.

Working tentatively in tandem with some of the most dangerous people in the world, calling in favours from a complex network of contacts, using smoke, mirrors and technology to confuse and fuel distrust, Ryder and Blake are focused on just staying alive. Preventing a Middle East meltdown would be a bonus.

The Assassins is everything a rippingly good thriller should be: fast moving with sudden plot twists that have all the explosive power of hand grenades, set in a vividly-drawn world where identity can be nothing more than a nickname, looks lie, and even good men (and women) sometimes do bad, bad things. You can only hope that it reflects a fabulously vivid imagination and not government best practice.

The Assassins by Gayle Lynds is published by Corvus. 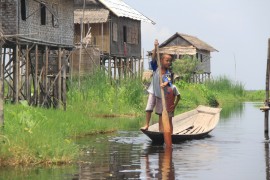 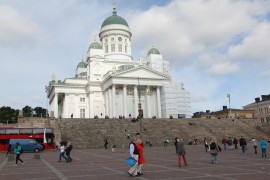