Ali Smith has won the Baileys Women’s Prize for Fiction for her novel How to be Both in what Shami Chakrabarti, Chair of the judges, said was a “vindication” for the prize. “It’s not just about women writers not always getting their fair share of prizes, it’s also about women’s stories and their protagonists,” she said at the award ceremony in London. “Even when women are winning big prizes, they’re often written about male protagonists. That’s quite interesting and important; readers ought to be able to read women’s stories and experiences.”

She described  Smith as a “literary genius”, saying the book, which follows two parallel stories of a teenage girl and a 15th century female artist, had, until now, not received “quite the plaudits and prizes it deserves”.  Smith who had been shortlisted for the Man Booker and the Folio prizes and won the Costa prize for best novel but not the overall award. The shortlisted books were Outline by Rachel Husk, debut novelThe Bees by Laline Paull, A God in Every Stone by Kamila Shamsie, A Spool of Blue Thread by Anne Tyler and the favourite, The Paying Guests by Sarah Waters. 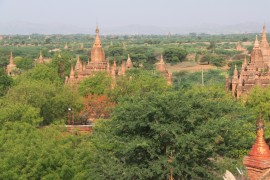