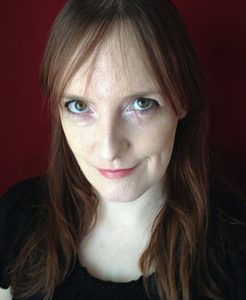 The Glorious Heresies, Irish author Lisa McInerney’s debut novel, has won the £30,000 2016 Baileys Women’s Prize for Ficrion beating a star-studded shortlist including the favourite,  The Green Road by Anne Enright and Hanya Yangihara’s best-selling A Little Life. Chief judge Margaret Mountford described The Glorious Heresies, set in post-financial crash Ireland,  as “a superbly original, compassionate novel that delivers insights into the very darkest of lives through humour and skilful storytelling. A fresh new voice and a wonderful winner. …“I come from Ireland, so I can say that the Irish do black humour better than anyone else … You get that rich vein of humour throughout this book, which stops it from being bleak.”

Frances Gertier Head of Content for bookseller Foyles, called the decision “a brave choice of winner by the least conventional and edgiest writer on the list, whose big, gritty and compelling novel about Ireland’s dark underbelly features a cast of alcoholics, drug dealers and prostitutes, leaving a trail of sex, violence and crime in their wake. Her win won’t please everyone!”

Others on the shortlist for the prize which was announced in London on Wednesday were Cynthia Bond’s Ruby, Elizabeth McKenzie’s The Portable Veblen and Hannah Rothschild’s The Improbability of Love