Joan London’s poignant The Golden Age and The House of Grief, Helen Gardner’s harrowing reportage of a crime that shocked the world, are standouts on the longlist for Australia’s prestigious $50,000 Stella Prize, which celebrates women authors, and which was announced yesterday. The longlist for the Prize, which was first awarded in 2013, also includes three debut writers.

The Chair of the judging panel, Kerryn Goldsworth said that for the third year in a row, the longlist for the Stella Prize reveals the wealth of talent and skill across a broad spectrum of authors, genres and styles in Australian women’s writing.

“Of the twelve writers whose work appears on the longlist for 2015, almost half a century separates the youngest from the oldest. Some of these writers have just published their first books, while others are experienced veterans of the Australian literary scene,” she said. “The list includes science writing, short stories, reportage, novels, memoir, and fiction for young adults. Some of the books focus on animals and the natural world, some on children, and some on the things that order our human lives, from the dramatic moral theatre of the law courts to the tiny complexities of DNA.

“The exercise of power is a recurrent theme: the power of one race or class over another, of humans over animals, and, most of all, the power of adults over children. The vulnerability of children and the harm that can befall them is a particularly strong theme running through the list, and there’s a kind of symmetry in the fact that, this year, the longlist for a women’s prize should feature several books about boys and boyhood.”

The inaugural winner of the Stella Prize was Carrie Tiffany for Mateship with Birds and last year’s prize went to Clare Wright for The Forgotten Rebels of Eureka. The shortlist for the 2015 prize will be announced on March 12 and the winner on 21 April. 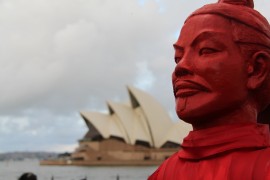